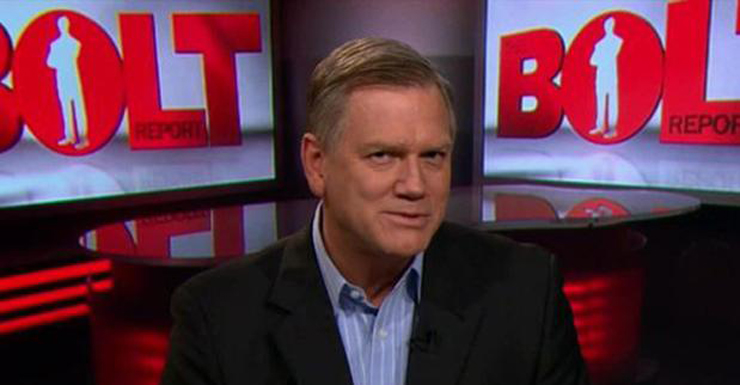 Controversial columnist and commentator Andrew Bolt says the Liberal leadership coup has stirred up a “civil war within News Corp”.

On Monday night, Mr Bolt accused The Australian‘s editor-in-chief Chris Mitchell of disparaging the readership of The Daily Telegraph, where he is frequently published, Fairfax Media reported.

The war of words started when Mr Bolt wrote in a blog that The Australian “should be slower to now insist others fall in dutifully and loyally behind Turnbull”.

“Bolt’s audience includes many conservative retirees whereas The Australian’s readership is younger, rich, better educated and working in legal, political or the business community,” Mr Mitchell told The Australian.

“These people don’t read the Tele [The Daily Telegraph] or Bolt.”

Mr Bolt fired back during his regular 2GB radio show with Steve Price, saying Mr Mitchell had “acted unprofessionally” by creating a personal vendetta against him.

“He called it off a couple of days before [News Corp chairman] Rupert Murdoch came to town [in August]. Now that Rupert Murdoch is away, back in America, it seems to be on again,” Mr Bolt said, according to Fairfax Media.

“And, I just say this is unprofessional behaviour, it really is. And I suspect that people in News Corp must have a look at whether this is worth doing.”

“Probably, if you got an honest figure out, [Mr Mitchell is] spending $20 million a year more on his paper than it actually earns. For that kind of subsidy from the rest of the empire which he disparages, he might actually have a more popular product,” he said on 2GB radio.

“I think some of these things lately have been a bit unprincipled and unprofessional. But I have a lot of respect for The Australian and it should be the centre-right newspaper of the country.

“But, to suddenly reinvent itself, reporting to be the hipster one of the Turnbull class is a bit of a laugh, considering some of the campaigns it’s waged lately.”

Mr Bolt had recently been slammed for suggesting rogue Liberal Senator Cory Bernardi should cut ties and lead his own ‘conservative’ political party.

Meanwhile, Northern Territory Senator Nova Peris said in August that Mr Bolt should be sacked, claiming he said the stolen generation “was a myth”.

Andrew Bolt rages against The Australian