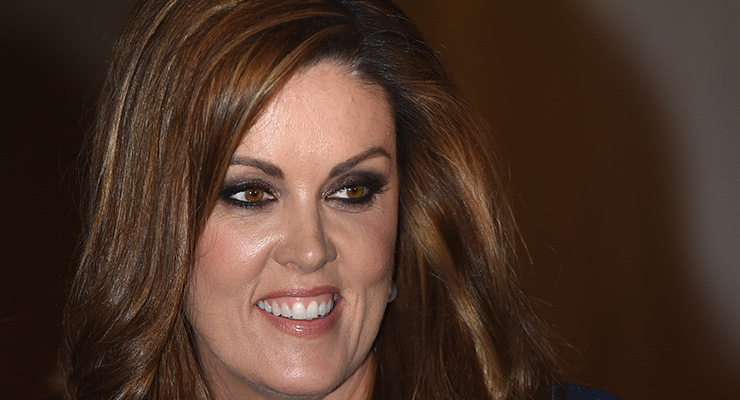 Peta Credlin says she will not publicly criticise the new Prime Minister but has taken a parting shot at the “tripe” and “bile” of the media and claims to have been treated differently to male staffers.

The divisive former chief-of-staff to Tony Abbott spoke on a panel of women at The Australian Women’s Weekly’s Women of the Future Awards on Tuesday night, her first public appearance since Mr Abbott was replaced by Malcolm Turnbull.

While she was asked about issues facing young women, the conversation quickly moved to the topic of the week – the Liberal leadership spill.

“It’s been tough. I haven’t read much of the tripe [and] bile, I’ve tried to let it wash through,” she said.

“It will eventually wash through and I now actually am thoroughly emancipated. I am not looking at my phone every 15 minutes. I’m not having to talk to people that I don’t want to talk to.”

It was reported on Sunday that Ms Credlin may be considering a career in the media herself, possibly as a political commentator.

She left the Prime Minister’s Office as one of just three women to have taken the chief-of-staff role out of 30 to have performed the job.

Ms Credlin said she believed the way she was perceived shifted following the 2010 federal election that resulted in a hung parliament.

Despite spending 10 years with the Howard Government, she said the personal attacks began when Tony Abbott was still the leader of the Opposition.

She said there was a difference in this coverage, compared to the way male staffers were portrayed.

“If I wasn’t strong, determined, controlling – and got them into Government from Opposition, I might add – I would be weak and not up to it and would have to go and be replaced.”

In a Women’s Weekly list released just before the September 14 leadership spill, she was named the most powerful woman in Australia.

She edged out 2014 winner Foreign Minister Julie Bishop, who was ranked second, while deputy Labor leader Tanya Plibersek made third.

“I had an extraordinary opportunity, and I’m not going to be one of those people who go out and kick the Liberal Party or kick the new Prime Minister on my way out. I think that’s undignified and I’ve never been like that,” Ms Credlin said.

“Which is why I find stuff written about me is in stark contrast to who I am. But I can sleep well at night knowing that I did my best – I’m looking forward to my next chapter, whatever that is.”

One direction that she will not take is a career in politics.

“I want to move on with my life and do something where I get my own voice,” she said.

During her time as chief-of-staff to Mr Abbott, she faced intensely critical media coverage which painted her as a tyrant.

At one point it was reported there had been 35,000 mentions of her in the media in the preceding six months.

In March 2015, she was described as the “horsewoman of the apocalypse” by a senior Liberal figure, while her relationship with Julie Bishop, Mr Abbott’s deputy, had reportedly broken down.

“I refuse to be defined by insider gossip from unnamed sources where no-one has the guts to put their name to it,” she said, referring to multiple ‘leaks’ from within Cabinet in the final weeks of the Abbott Government.

“If you are a Cabinet Minister, or a journalist, and you are intimidated by the chief-of-staff of the prime minister maybe you don’t deserve your job.”

Also appearing on the panel were model Jessinta Campbell and journalist Annabel Crabb.

Ms Campbell, the fiancee to Swans’ star Buddy Franklin, provided an insight into the struggle currently confronting the footballer.

“It took a lot of courage and strength to… put his hand up and say: ‘I am struggling, I need help,” she said.

“I am not unhappy but it has certainly been a struggle I try to find the best in every day.”

The winner of the Women of the Future award was also announced on Tuesday night.

Founder of disability charity Fighting Chance, Laura O’Reilly, was named the overall winner, while Annabelle Chauncy – a 28 year-old Sydneysider who has built a school in Uganda – took out the People’s Choice.