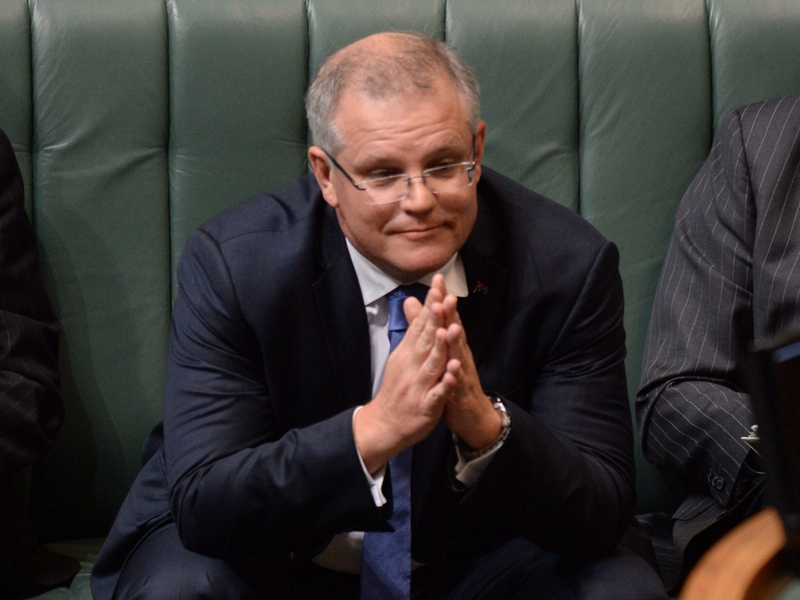 Social Services Minister Scott Morrison says there was no agreement reached between himself and PM Malcolm Turnbull in the lead-up to Monday’s leadership spill.

Speaking with 2GB host Ray Hadley on Friday, the pair exchanged barbs over the events leading up to the ousting of former Prime Minister Tony Abbott, while Mr Morrison also confirmed he was offered the Treasurer role by the ex-PM.

Hadley demanded Mr Morrison “swear on the Bible” that he and Mr Turnbull had no deal to propel the Social Services Minister to the Treasury.

But the request was initially refused and led to a confrontation, before the interview was terminated.

“You misled me and my listeners on Monday,” Hadley said, referring to an interview where Mr Morrison denied knowledge of anyone “plotting behind the scenes” on Monday morning.

Although Mr Morrison confirmed the former PM had offered him the treasury role on Monday, he said at no stage had he sought it out.

“I believe in promotion on merit, the only person who offered me the job of Treasurer before the ballot on Monday was Tony Abbott,” the Minister said, denying any deal with Mr Turnbull.

“It may seem remarkable to you that someone in politics could be elevated on merit, but Tony Abbott was the only one who offered me the Treasurer’s position.”

Mr Morrison is seen as an influential player in the Liberal Party, while Hadley was a strong Abbott supporter.

And after Mr Morrison was asked to ‘swear on the Bible’ that he had no deal with Mr Turnbull, he bit back.

“I’m not going to use my faith as a stunt for your program.

“I haven’t misled you at anytime, in any of our discussions in years, mate.”

Eventually, Mr Morrison grudgingly agreed to do it, but when Hadley realised he had overstepped the line the interview was axed.

“I wish you would stop injecting faith into this, I am happy to do it but I think it is a bit offensive… to use peoples faith and religion in an interview like this,” Mr Morrison said.

Amongst the on-air spat, Mr Morrison confirmed Mr Abbott had offered him the job of Treasurer, and although he didn’t accept it he said he remained loyal to the former PM.

“At the end of the day I voted for Tony Abbott. I gave him utter loyalty,” he said.

“He offered me the job of treasurer hours out from the ballot, he had never done that before… I couldn’t understand why he was offering me that job when he had shown such support for Joe Hockey.

“I had never sought that job.”

Mr Morrison later told reporters he would not be “bullied” into using his faith as a political tool.

“I was disappointed, really disappointed… I think he [Ray Hadley] understood he had overstepped the line… and I suspect that is why the interview was terminated,” he said.

On Friday, the cabinet minister was scheduled to speak at a social services and welfare reform event for the Committee for Economic Development of Australia (CEDA) in Melbourne.

He later withdrew for unspecified reasons.

Listen to the full interview here.

‘You don’t get to judge my faith’