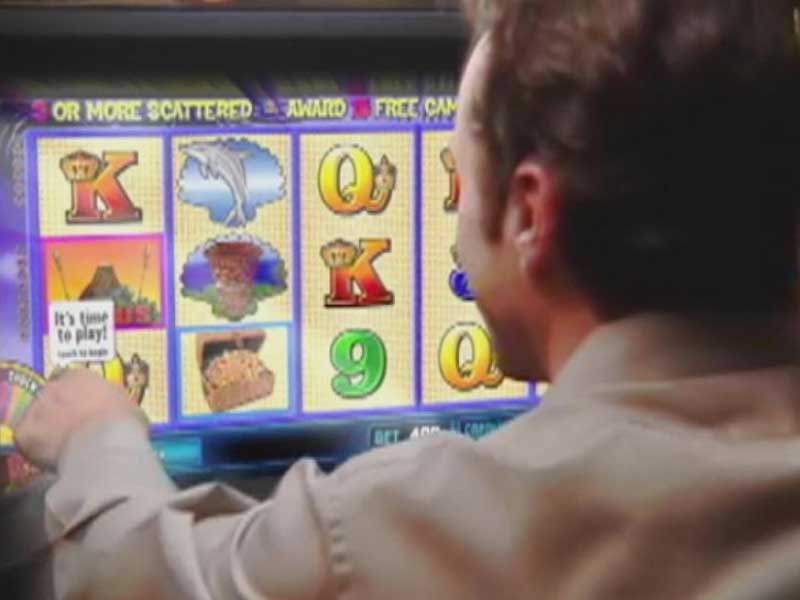 In December, the ALH Group, which is 96 per cent owned by Woolworths, will roll out the Monty’s Reward card in Victoria and Queensland as its “voluntary pre-commitment” measure, after it was piloted in New South Wales.

“What was meant to be a harm minimisation measure has been turned by Woolworths into a harm-exacerbation measure by using this card,” he said.

“This isn’t so much a loyalty card as an addiction card.”

The card, designed by poker machine manufacturer Bally Technologies, allows marketing messages to be flashed up on the gambler’s machine as they play, meaning they can order drinks from the machine without interrupting play.

“You sign up for a card, you give them a bunch of your personal details and every time you gamble on one of their poker machines, you insert the card,” Mr Bendat said.

“[Voluntary pre-commitment] is the cornerstone of the harm-minimisation policy of the current Victorian government, ALP, and the past Coalition.

“[This card] is entirely counterproductive. There is no morality in it.”

Buried at the end of the card’s brochure is a paragraph on voluntary pre-commitment – which means the gambler has the option to limit their spending – however, the pre-commitment only lasts for 24 hours.

The Victorian government has announced it will roll out general pre-commitment technology in December.

Both Woolworths and the Victorian Gaming Minister, Jane Garrett, argue that the card is more appealing to punters because it is more “discreet” and had less “stigma” than a stand-alone pre-commitment card.

When asked whether encouraging people to gamble more through a rewards card and harm minimisation in poker machines were completely contradictory, Ms Garrett said loyalty programs had “different roles for different people”.

“I’m not tarnishing all of those people who work in this industry and all of the people who enjoy going out to venues and taking their kids out to dinner,” she said.

Senator Xenophon was astonished the Victorian government had supported such a scheme.

“This is effectively a Trojan horse for more addiction. And the Victorian government is busy dragging the horse through the gates,” Senator Xenophon said.

The move comes as Woolworths, a company which has always marketed itself as proudly family-friendly, has announced to the stock market that it plans to target children as a way to drive sales in its pokie pubs.

There are 328 Woolies-owned pubs across Australia, and of the 73 in Melbourne all but one have poker machines.

Ms Garrett said her Government had introduced strict ministerial guidelines for new venues about separation of pokie floors and playgrounds and were auditing existing venues.

She agreed that some of the descriptions of the Woolworths pubs breached those guidelines.

Monash University public health expert, Charles Livingstone, who specialises in researching the poker machine industry, said the developments are particularly concerning given that pokies are the “perfect addiction machines”.

“We know that they stimulate the production of dopamine, which is exactly what happens when you take narcotic drugs,” Dr Livingstone said.

In a statement to 7.30, ALH said the customers with a Monty’s card “can access and use pre-commitment functionality with or without participating in the venue loyalty system”.

“In this way, customers can access pre-commitment functionality discreetly and without any negative stigma.

“ALH are proud to operate family friendly hotels. We restrict gaming room access to adults and ensure gaming rooms are screened or separated from other areas of the hotel.

“The pre-commitment functionality assists our customers to gamble responsibly by nominating spend and, or time limits on electronic gaming machines.

“Pre-commitment settings can be set at the hotel or via the internet. Voluntary pre-commitment and responsible gambling dynamic messaging will also appear on screen.”