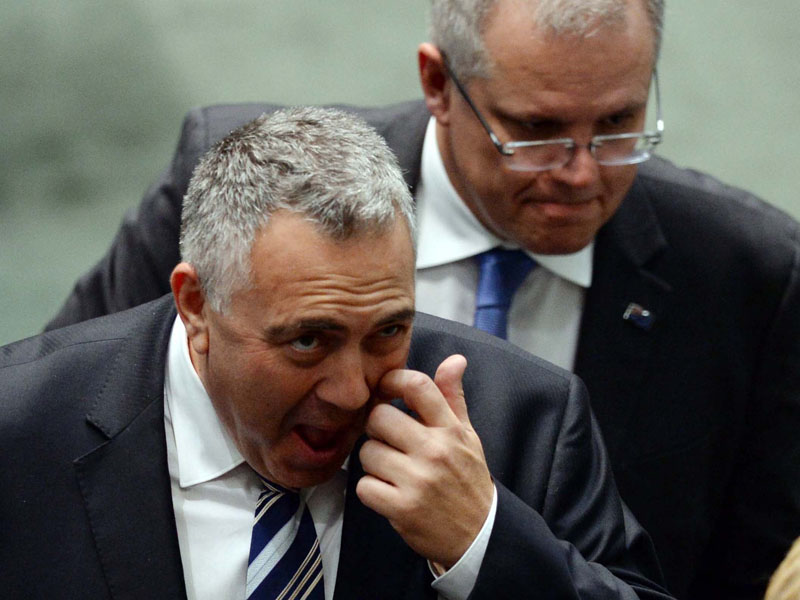 Prime Minister Malcolm Turnbull is sticking by a range of Abbott government policies, but is yet to spell out who will be part of his cabinet.

Evidence is emerging that he is setting about arranging his new frontbench, with Mr Turnbull confirming the cabinet would be announced on Monday.

There has been much speculation about the future of Treasurer Joe Hockey, with Social Services Minister Scott Morrison reportedly tipped to replace him.

The ABC reported that Mr Hockey was offered a chance to remain in cabinet, however, and was likely to be offered the Communications portfolio.

The Treasurer dodged questions by reporters on Wednesday morning about whether he would be in his job still by next week.

Meanwhile, speculation was also mounting on Wednesday that Abbott supporter, and Immigration Minister Peter Dutton, might have resigned from his position.

Education Minister Christopher Pyne was tipped as Defence Minister, replacing Kevin Andrews, and ensuring the navy’s new submarines will be built in in his home state, South Australia.

Michaelia Cash is likely to be promoted to immigration and Arthur Sinodinos to employment.

Attorney-General George Brandis said there was an expectation and an acceptance among ministers that there would be a cabinet reshuffle.

He said he would like to stay on as the nation’s top law officer.

“I’d be happy to, but of course that’s entirely a matter for the Prime Minister,” Mr Brandis told ABC TV.

There was also speculation about whether Tony Abbott will stay or get out of politics.

“He’s been a trainee priest, he’s been a journalist, he’s run a concrete batching plant and he’s been a Prime Minister – what possible future that could point to I have no idea,” journalist and author David Marr said.