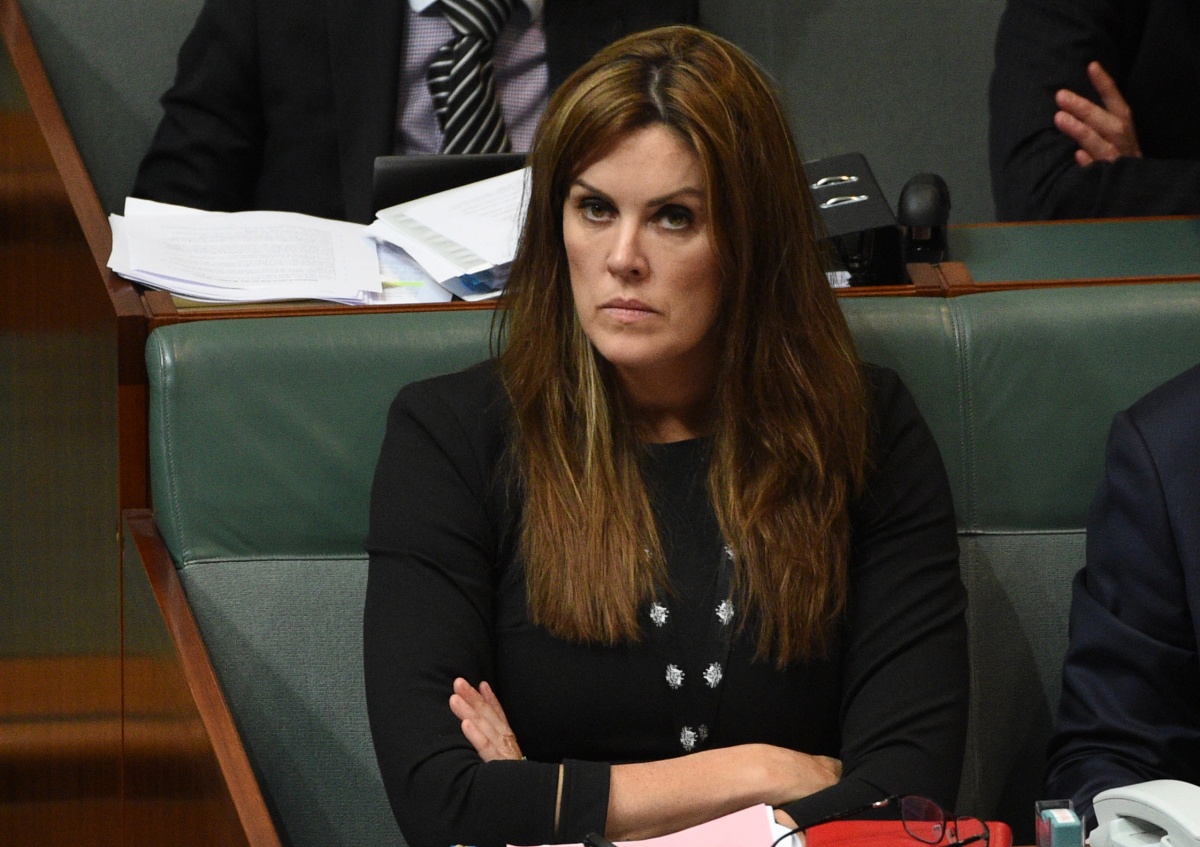 Most powerful woman in Australia one day, pulped magazine cover the next – such is the fate of Peta Credlin, the controversial former chief of staff to ousted Prime Minister Tony Abbott.

On Wednesday, The Australian Women’s Weekly was crab-walking away from speculation it had intended putting Ms Credlin on the cover of an edition due out next week, in which she was to be anointed the nation’s “most powerful” woman for her role as the PM’s confidante, chief strategist and gatekeeper.

Such a pronouncement would have been provocative, given Ms Credlin’s prickly relationship with the more obvious contender for the role, Julie Bishop, who is Australia’s first female Minister for Foreign Affairs and the first woman to be Deputy Leader of the Liberal Party.

• ‘You won’t survive if you face what I faced’
• ‘There’ll be no wrecking’: Abbott
• 20 things you didn’t know about Turnbull
• Malcolm, welcome to the job. Here’s your to-do list
• Turnbull must get the economic numbers right

How Ms Bishop and the rest of her troubled government colleagues would have reacted to the magazine accolade is a moot point now Ms Credin has been removed from power along with her former boss in a handy two-for-one deal.

News of the intended title does, however, belie the protestations now being made in Ms Credlin’s defence that she is unfairly being held responsible for Mr Abbott’s downfall.

It is undeniable that the former PM should shoulder the majority of blame. He alone was responsible for the flaws in character and skill that led to his removal. Mr Abbott gave Ms Credlin the power that she wielded so ruthlessly. And he refused to temper that power when it began to erode his authority.

For her part, Ms Credlin was simply out of her depth. As Mr Abbott’s chief of staff she took responsibility not only for managing the office and overseeing policy development, but also took on the political fixer role that is traditionally done by someone else in the PM’s office.

Ms Credlin took the traditional chief of staff’s gatekeeper role to new levels of restriction, reducing access to the PM to a chosen few, discouraging alternative views by sitting in on all discussions, and freezing out or banishing those who pushed back.

This approach may have helped keep the PM focused and on-message, but it created unnecessary frustrations and resentment among Government MPs, and demonstrated a managerial immaturity in Ms Credlin that could perhaps be forgiven in an Opposition Leader’s chief of staff but is unacceptable for the Prime Minister’s most senior adviser.

In contrast, Malcolm Turnbull has appointed an exceptionally experienced manager – the head of his old department – as interim chief of staff who, along with former PM John Howard’s political fixer Tony Nutt, will establish the new PM’s office.

Senator Arthur Sinodinos, chief of staff to PM Howard and now Turnbull-backer, who is known to have clashed with Ms Credlin, also noted the role of the PM’s office was not to be a gatekeeper and cut people off, but to “be a facilitator of contact so the Prime Minister knows and has early warning of whether there are concerns”.

Where to now for Ms Credlin?

Mr Turnbull took on Ms Credlin as his chief of staff from Brendan Nelson’s office after he replaced Dr Nelson as Opposition Leader in 2008, but subsequently demoted her.

It’s unlikely she’ll make a similar transition this time, and there are no obvious vacancies in the offices of Abbott supporters who might be prepared to warehouse the former lawyer and public relations manager.

The traditional post-politics employment for staffers of her stature would be a government affairs role in a big corporate, but such a path for Ms Credlin is unlikely given she is so publicly on the outer with the new regime. Such is the price of the high media profile Ms Credlin’s supporters claim she never courted, but which prospered nonetheless.

Perhaps it’s time to go abroad. There was speculation some time ago that Ms Credlin’s husband, the Liberal Party’s Federal Director Brian Loughnane, might take up an overseas role. Even though Mr Loughnane’s position is not under immediate threat, media reports suggest he’s under pressure from Turnbull supporters to move on so the Government can make a clean break from the Abbott-Credlin era.

We’ll never know whether next week’s planned edition of the Australian Women’s Weekly would have been as explosive as the one in 2013, which featured then PM Julia Gillard perched with her knitting like a modern-day Madame Defarge. The day after that photo emerged, Australia’s most powerful woman at the time was gone from the prime ministership.

With the turning of this karmic wheel, Ms Credlin will now share Ms Gillard’s experience – she too will have to deal with the transition from being a “woman of calibre” to being seen as discarded and discredited. Peta Credlin on the outer after two-for-one deal