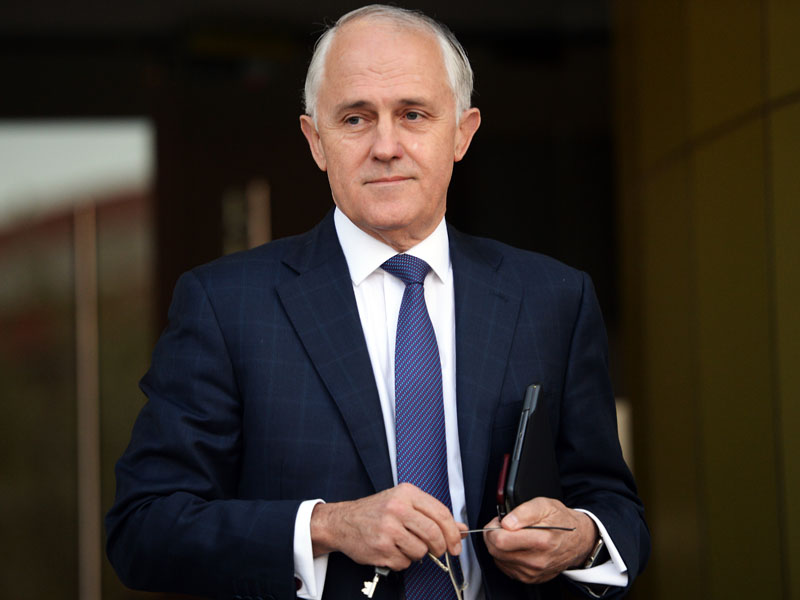 Malcolm Turnbull has been sworn in as Australia’s 29th Prime Minister by Governor-General Sir Peter Cosgrove, after rolling Tony Abbott in a successful leadership coup.

After an official ceremony at Government House on Tuesday afternoon, Prime Minster Turnbull will now lead his government to its first Question Time.

• There’ll be no wrecking: Abbott
• Where is Tony Abbott?
• Click here to find out how it all went down
• Why Tony Abbott must go quietly into the night
• Worst government ever? Well, they said it

The former Communications Minister defeated Mr Abbott in a leadership ballot, 54 votes to 44, on Monday night.

It is unclear how this will be conducted, as several ministers are sure to lose their jobs by week’s end.

Outgoing PM Mr Abbott had to formerly resign his commission to the Governor-General, before Mr Turnbull could be sworn in.

In a statement to the press at 12:30pm (AEST), Mr Abbott said: “When you join the game, you accept the rules,” adding that there would be “no wrecking, no undermining, and no sniping” of new Prime Minister Malcolm Turnbull.

Mr Turnbull said earlier his rise to Prime Minister was not a turn of events he expected.

“There has been a change in Prime Minister, but we are a very, very strong government, a very strong country, with a great potential,” he said.

“This was a turn of events that I did not expect, but it’s one that I am privileged to undertake and one that I am certainly up to.”

“It may not be the same leader, but it’s the same Liberal leader,” Mr Shorten said.

“We have seen off one bad Liberal PM and we will do it again.”