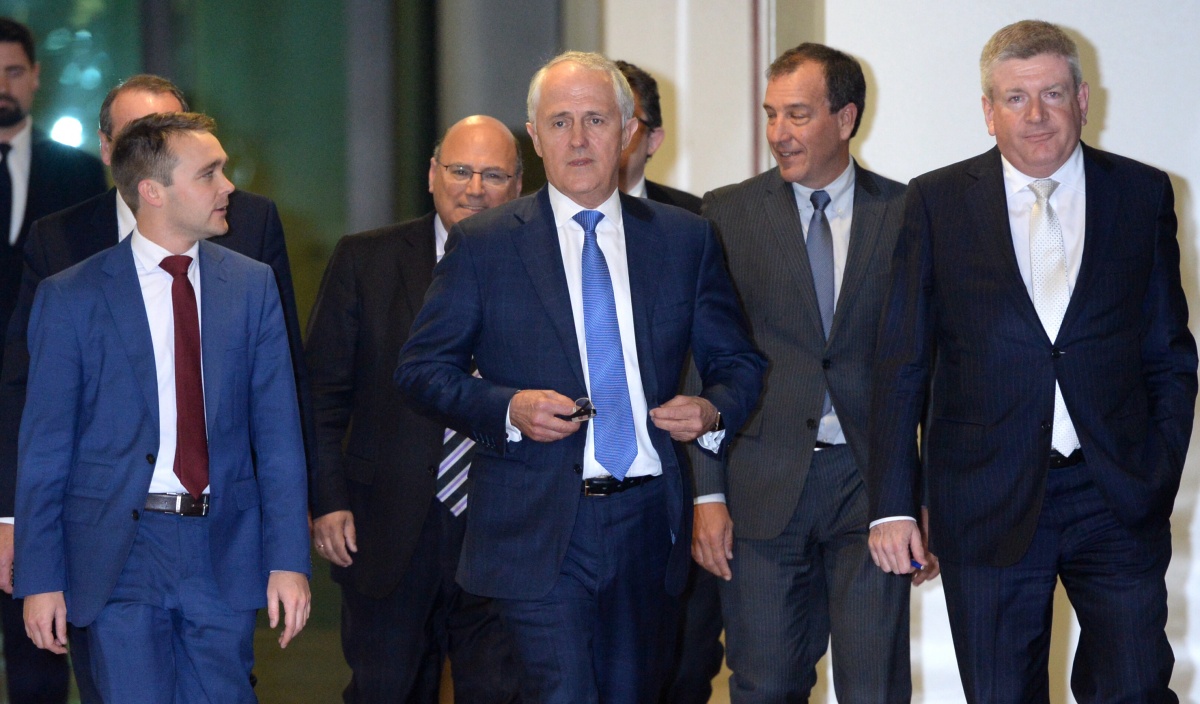 1. Some years ago he nearly became a novelist. He tried to finish a novel started by his late mother, Coral Lansbury, called Opium.

2. He has been all of: a journalist, a barrister, a banker, a developer of shopping centres, a businessman, a politician, a Rhodes scholar, a student at Oxford, and now a Prime Minister.

3. When he was nine, his mother left him and his father to live in Philadelphia with a New Zealand academic called John Salmon. His mother kept in touch, but physically disappeared from his life. “Yeah, I was sad,” he confessed, years later.

4. His mother wrote plays for radio, the best known of which was called Portia Faces Life. Turnbull remembers her writing such lines as “Why will you not marry me?” and “Put down that gun”.

5. All male Turnbulls, including Malcolm, his father, and his son, have the second name Bligh. His ancestors were Scots, one of whom, John Turnbull, came to Australia in 1802 with a shipload of Scottish free settlers. They supported deposed NSW Governor William Bligh.

6. His father Bruce was born in Tumut. He became an electrician, and later a Sydney hotel broker. He was killed in a plane crash in the Hunter Valley in 1982 on a flight from Scone to Casino. He was 56.

8. Malcolm inherited his father’s farm in the Hunter Valley which he once said he could never sell because his father was buried in the front garden.

9. He described his father as witty, amusing, and light. “I’m probably a bit more serious. He was a very good father.”

10. He later discovered that his father had very little money, and spent much of what he had on sending Malcolm to Sydney Grammar. Malcolm became co-senior prefect there. “Bible study was non-sectarian. And there was a large proportion of Jewish boys. There was a fairly healthy scepticism. It wasn’t a school for going around engaging in imperial-jingoism.”

11. During his Oxford years he made a speech at the Cambridge Union which led to the editor of the Sunday Times, Harold Evans, offering him a job. He could not take this up because at the time The Times and Sunday Times went out of production because of a prolonged printers’ strike objecting to new technology.

12. As a barrister aged 31, he took on the British government led by Margaret Thatcher. He defended former MI5 member Peter Wright in the courts and won, with the celebrated “Spycatcher” case in 1986, about which he later wrote a book called The Spycatcher Trial. The government had tried to suppress publication of the book, maintaining it violated the Official Secrets Act.

13. He led the Australian Republican Movement at the time of the referendum in 1999, which the monarchists, more or less led by Prime Minister John Howard, won. Turnbull had no hostile feelings towards the Queen. “She seems pleasant and respected and she does a very good job. I have a big problem with the institution. First, I object to any office that is hereditary. And second, I object to the fact that the monarch must be a member of the Church of England and can only be married to a Protestant.”

14. He became wealthy mainly through starting his own bank which invested in shopping centres. Financial security was important to him. “My father and I went through times of great financial insecurity. We had a two-room flat. He was frugal. Yes, it was very important. The reason is, financial independence gives you freedom. If I made a hundred million next week it wouldn’t change my lifestyle. The key thing, the only thing, is that it gives you independence. You can’t do things unless you have a bit of brass.”

15. Asked in 1999 if he wanted to be Prime Minister, Turnbull said: “Well, who wouldn’t! I think my problem is I have succeeded in making myself unacceptable to all parties.”

16. He instigated the Bruce Turnbull scholarship at Sydney Grammar School, offering scholarships to boys who could not otherwise afford to attend the school.

19. His mother was a first cousin of British actress Angela Lansbury.

20. He was extremely close to his father. “He was a very intelligent man. He did not go to university, which he regretted. He had a very simple sort of morality which I think, well I’m sure, I inherited. Rather an old-fashioned concept of honour and manliness and principle. It can make you a bit unbending. One thing he believed was that you should never take a backward step.”

Doug Aiton is a newspaper journalist and radio broadcaster. He has worked for The London Times, The Age, ABC Radio and 3AW.