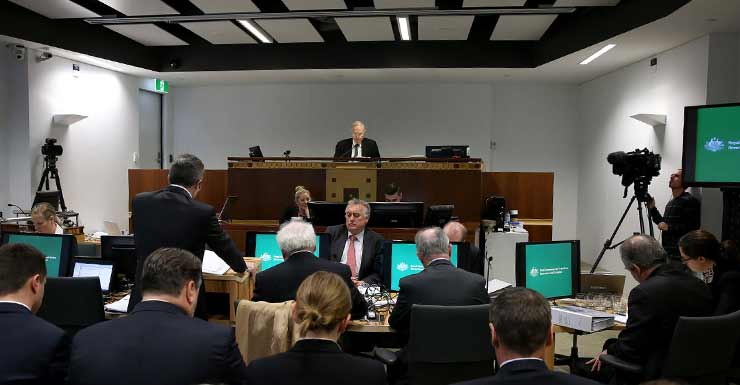 The royal commission into trade union corruption will examine whether a former union boss paid for work done by tradesmen on his luxury Brisbane home.

On opening hearings in Brisbane on Monday, counsel assisting Sarah McNaughton SC said the commission would look at allegations that work on David Hanna’s home was billed to a commercial project by developer Mirvac.

The house at Cornubia, in Brisbane’s south, was built between 2012 to 2014, while Mr Hanna was secretary of the Builders Labourers Federation (BLF) before becoming president of the Construction, Forestry, Mining and Energy Union (CFMEU) when the entities merged.

Two weeks ago, Justice Heydon ruled he was not biased and should continue to lead the commission, despite accepting an invitation to deliver a legal lecture at a Liberal Party fundraiser.

ACTU secretary David Oliver said in a statement “this is a political process, not a legal process and we will treat it as such”.

– More to come, with AAP