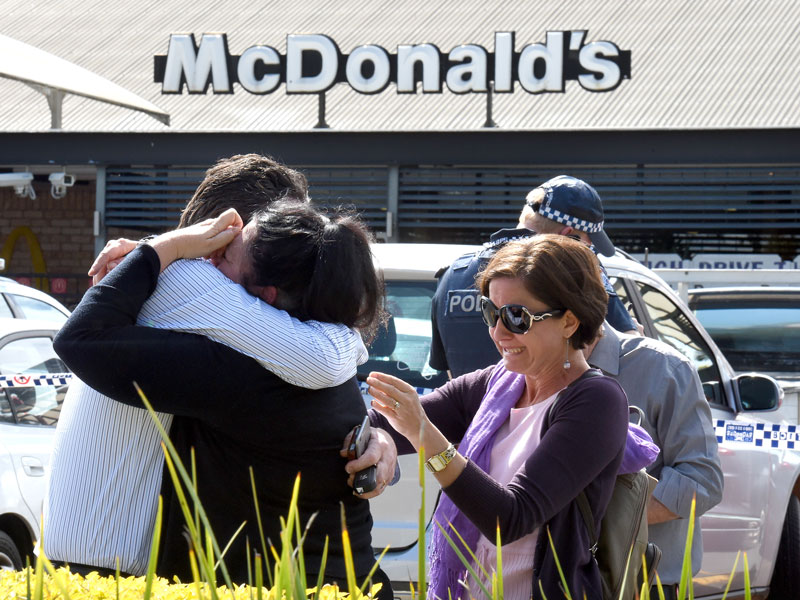 The nation is in the grips of a domestic violence crisis, three prominent Australians have warned.

On Thursday, a litany of tragic headlines were reported across the nation, including a fatal shooting of a female victim, the death of an alleged female victim of domestic violence and the alleged stalking of a woman by her machete-wielding male partner.

“This country is in crisis. Real crisis. Domestic violence has reached epidemic proportions. And this is all happening against a backdrop of shelters being closed, and helplines losing funding,” Ms Wilkinson posted to Instagram on Friday.

Her post was accompanied by a photo of Gold Coast mother Tara Brown, 24, who succumbed to injuries allegedly inflicted by her estranged partner this week.

Ms Brown had just dropped her daughter off at daycare when she was allegedly pursued by her former partner, run off the road and fatally bashed. Lionel Patea was charged with her murder.

Sadly, it was not the only incident of its kind to make headlines this week.

On Thursday, police were called to a McDonald’s outlet on the Gold Coast after reports a woman had been killed by a gunman in the store.

The gunman was allegedly the woman’s 57-year-old ex-partner, with witnesses alleging the couple had engaged in a fight outside the store before the woman ran inside seeking help.

The man allegedly sat down with the woman, held a gun to her chest and fired before turning the gun on himself.

The man was in a critical condition in hospital. Charges were yet to be laid.

Reports also surfaced on Thursday morning of a 51-year-old man allegedly pursuing his 44-year-old partner with a machete along their residential street as she ran screaming. The man was later charged with attempted murder.

On Friday morning, a woman was taken to hospital in a serious condition after an alleged stabbing attack in Bendigo.

These are just three stories among an estimated 657 domestic violence reports police deal with every day of the year.

Overall, the count is 239,846 cases per year around the country.

“It is beyond belief that a woman could go into a police station, show those police officers the text messages that clearly indicated that there was a very real threat to her and she was turned away,” Mr Albanese told the Nine network.

“There is something fundamentally wrong with the system when that can happen to Tara Brown and she has been let down.”

Ms Wilkinson called on the public to take a stand against these instances and the hundreds of others every day.

“Please, don’t let Tara’s death – or all the hundreds of others we are losing in ever-greater numbers each and every year to domestic violence – just pass by unnoticed,” she wrote.

“Let’s put REAL pressure on our politicians, our bureaucrats and a ‘system’ that turns women like Tara – and her young daughter – away in their moment of greatest need.”

“I want to see the community come together and say, ‘This is not on’.”

Amber Heard’s sister and friend give evidence
‘Should have been a penalty’: Boy crash-tackled by PM gives his verdict
Russian Google to file for bankruptcy
Man arrested at NSW school for bestiality
Concern about COVID-19 deaths in aged care
Oceans hotter and more acidic in 2021 as sea levels, human-induced greenhouse gases rise: WMO
National vote on gay marriage ‘could kill our kids’
Today's Stories

‘This country is in a crisis’