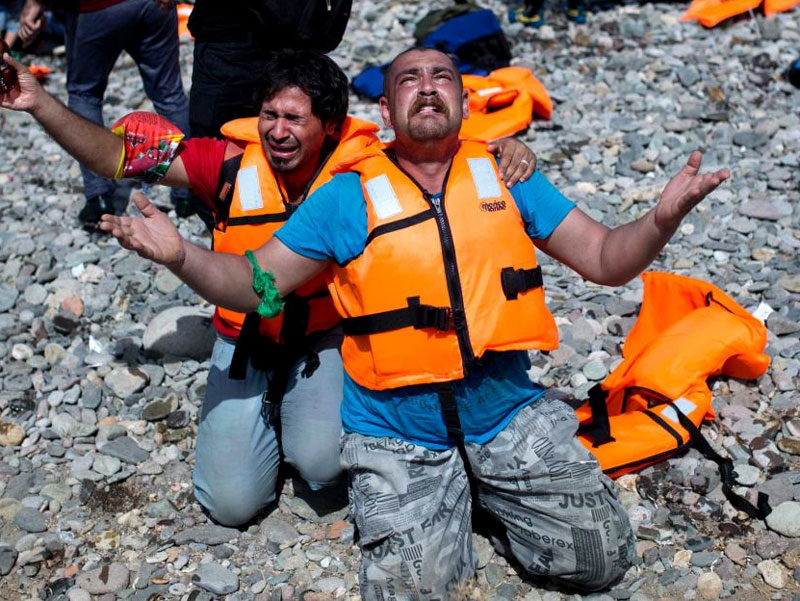 Mr Abbott said the additional places would be permanent resettlement places for “those people most in need of permanent protection – women, children and families from persecuted minorities who have sought temporary refuge in Jordan, Lebanon and Turkey”.

“We will move very quickly but everyone who is resettled in Australia will be subject to the usual security, health and character checks,” Mr Abbott said.

It is understood the refugees will arrive in Australia by Christmas.

The places will be additional to Australia’s current threshold of 13,750 humanitarian visas in 2015.

Australia will also directly pay for the support of 240,000 people – including food, blankets and supplies – in camps outside Syria at a cost of $44 million.

This brings our total humanitarian contribution in the Syria-Iraq conflict to $230 million.

“This additional assistance will be very timely, we can do it immediately. It will provide, as I said, food, equipment, water and cash for these desperate people,” Foreign Minister Julie Bishop said.

The focus on minorities has seen Mr Abbott accused of discriminating against Muslims fleeing the Syrian conflict.

But Mr Abbott denied this and said minorities included both Muslim and non-Muslim adherents.

“Our focus is on the persecuted minorities who have been displaced and are very unlikely ever to be able to go back to their original homes,” he said.

Responding to the announcement – which was made in tandem with approval of airstrikes in eastern Syria – Greens leader Richard Di Natale labelled it “bittersweet”.

“We do now have 12,000 people whose lives will be materially changed as a result of the decision of this Government. The decision, though, to engage in a conflict in Syria, to drop bombs on the Syrian people, is going to make a bad situation much worse,” he said.

“Our involvement doesn’t address what is the primary cause of this conflict and that is the Assad regime… we will ensure that the breeding ground terrorism, for extremism, for fanaticism continues.”

Earlier in the week, Foreign Minister Julie Bishop said the response would be “considered and measured” and appropriate for a country like Australia “that takes its international obligations seriously”.

“We are able to work with the UNHCR, with the International Organisation of Migration and choose the people that we will take,” the Foreign Minister said.

Government ministers like Malcolm Turnbull argued for accepting more Syrian Christians, and Ms Bishop has nominated minorities like the Yazidis.