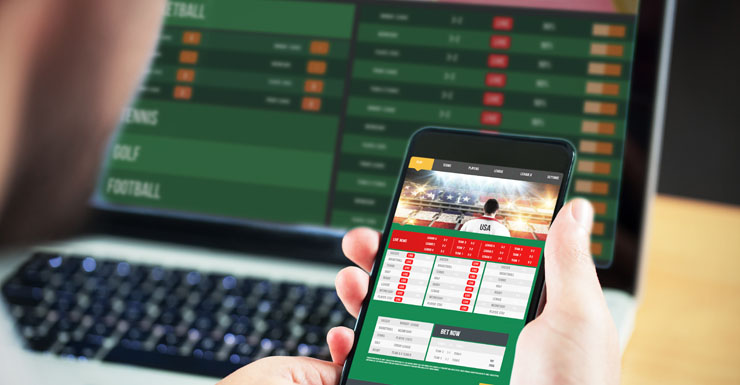 Sportsbet sent some 150,000 spam emails and texts to customers who had tried to unsubscribe.

A disturbing new report into the social effects caused by uncontrolled sports betting has prompted calls to ban giving unlimited credit to gamblers and allow them to be excluded from betting company contact lists.

The study, by Financial Counselling Australia (FCA), revealed the insidious and ruthless practices of online sports betting firms and the disastrous financial and personal consequences.

According to Roy Morgan research, betting on AFL has almost doubled in the past decade and people who supported an AFL team were more than twice as likely as the average Australian to bet on the sport.

FCA policy manager Lauren Levin told The New Daily the most damaging information in the report was sports betting companies and pay day money lenders handing out unlimited lines of credit to gamblers, calling on the federal government to introduce legislation to reverse this.

Ms Levin said these groups had managed to divert around laws recently placed on banks and financial institutions which stopped them from lending money beyond the borrowers’ means. The laws also ban them from distributing information to members encouraging them to increase their credit card limits or borrowing power.

Ms Levin said official Liberal Party policy, stated on its website, promised to ban extending lines of credit to gamblers, but so far the government had failed to act.

“The Government’s Policy to Help Problem Gamblers (released in the context of the last election) identified a range of proposals, including prohibiting extending lines of credit to gamblers and investigating methods of strengthening the enforcement of the Interactive Gambling Act,” the spokesperson said.

“The Minister for Social Services (Scott Morrison) has the lead role in implementing these commitments, including the possible prohibition on extending lines of credit. Many of these commitments will be considered in collaboration with states and territories, industry and community representatives.

“Issues in relation to the Interactive Gambling Act will be considered in the context of any broader implementation of the Government’s policy.”

Ms Levin said gambling could ruin lives, quoting clients who had lost more than $600,000 through sports betting, embezzling money from a workplace to support their addiction and landing themselves in jail, or ending their overwhelming wave of debt though suicide.

“By the time they come to see financial counsellors for help, they are usually pretty bad,” Ms Levin said.

“They are feeling pretty guilty, because up until now, it had been kept a secret, about things like using the kids’ school fees to support their addiction.

“When a gambler is in the wrong frame of mind, there is nothing stopping them from putting on a $45,000 bet.”

She said FCA was also pushing for legislation to introduce a ‘self-exclusion register’ which meant gambling agencies and money lenders could not contact a person on the list with offers to unlimited lines of betting credit and deals.

Anyone who borrowed money from a bank is covered through the National Consumer Credit Protection Act (2009), and banks have to lend responsibly and make an assessment on whether a person can pay back the money without hardship.

“The sports betting companies have no regulation and they set up their credit function so they fall between the cracks so they aren’t covered by the responsible lending legislation, by not charging interest and fees,” Ms Levin said.

They are also not required to hold an Australian Credit Licence or Australian Financial Services Licence.

Australian Bankers’ Association executive director retail policy Diane Tate told The New Daily if gambling agencies were acting like credit providers and providing credit, they should be regulated like an authorised credit provider and be required to meet responsible lending obligations.

“For example, assessing the customer’s capacity to pay and having financial hardship programs in place to help their customers experiencing financial difficulty,” Ms Tate said.

Independent Senator Nick Xenophon will introduce legislation at the next Parliamentary sitting to cut off the provision of credit to gamblers by sports betting firms in the wake of the FCA report.

“Increasing numbers of Australians, mostly young men, are falling prey to the predatory approaches and easy credit of sports betting firms. It is deeply troubling that these firms, many of them owned in the UK and Ireland, can use unregulated credit to hook young gamblers on betting,” Mr Xenophon said last week.

The FCA report also revealed that sports betting firms shared private client data with one another – for a price – so that if a client goes quiet with one firm, another firm induced them to start betting again, he said.

Tricks of the trade

Ms Levin said sports betting companies actively encourage customers to bet using credit provided by them with amounts ranging from $200 to many tens of thousands of dollars.

She said unsolicited credit was another way of luring in gambling addicts, which could appear as a pop-up ad on their computer screen offering lines of credit.

“A man contacted me after seeing the report and shared his story, he said ‘your report is a script of what happened to me’,” Ms Levin said.

“One of the big betting companies offered him $1000 of free bets to try out the service. He bet that amount and during the next two months he lost $30,000.

“Then when he started winning, the company closed his account because they did not want ‘winning gamblers’, only losing gamblers, which they could make money from.”

She said the processes for repayment of sports betting company-issued credit were unusually brutal and swift, when compared to the repayments for housing loans or credit extended by other industries.

The only way forward was for the federal government to adopt the legislation to stop Australian gambling addicts from spiralling out of control, Ms Levin said.

“We encourage the government to introduce this legislation by proving some protection to people losing huge amounts of money, who can’t afford to lose it.

“It just makes sense to stop all this harm.”

Social Services Minister Scott Morrison could not be reached by The New Daily.

Help for problem gamblers is available from the National Gambling Helpline by phoning 1800 858 858, or Financial Counselling Australia on 1800 007 007. The government is gambling with addicts’ lives