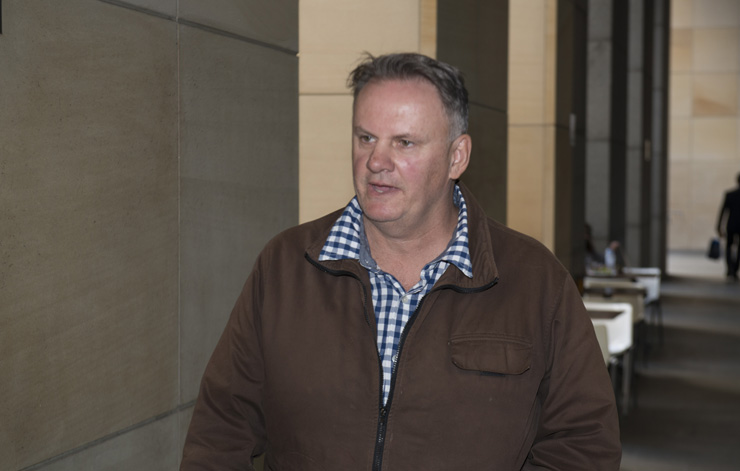 Mark Latham has crossed the political divide and will speak at a Liberal Party event. Photo: AAP

Never one to steer clear of headlines, former Labor leader Mark Latham has again landed himself in hot water with a tirade of abuse while taking part in the Melbourne Writers Festival.

A question and answer segment with Mr Latham on Saturday turned ugly when event host and ABC presenter Jonathon Green asked him to confirm whether he was behind a Twitter account used to attack prominent Australians.

Mr Latham refused to say whether the account was his.

It was his first public appearance since the Twitter controversy began last week.

He variously abused Mr Green, at one point calling him: “a non-stop bagger and sneerer” and at another an “ABC w@#*ker”, The Age newspaper reports.

A number of people left during the display while others clashed with Mr Latham from the audience on his criticism of prominent women including Rosie Batty and the booing of Sydney Swans footballer Adam Goodes.

“This is how I talk in the Western suburbs of Sydney in the pub, with my mates at sporting events. And if you don’t like it you can f*** off,” Mr Latham said at one point.

After the event, the official Twitter account of the Melbourne Writers Festival said: “We’re disappointed in Mark Latham’s #MWF15 appearance today. Not the respectful conversation we value.”