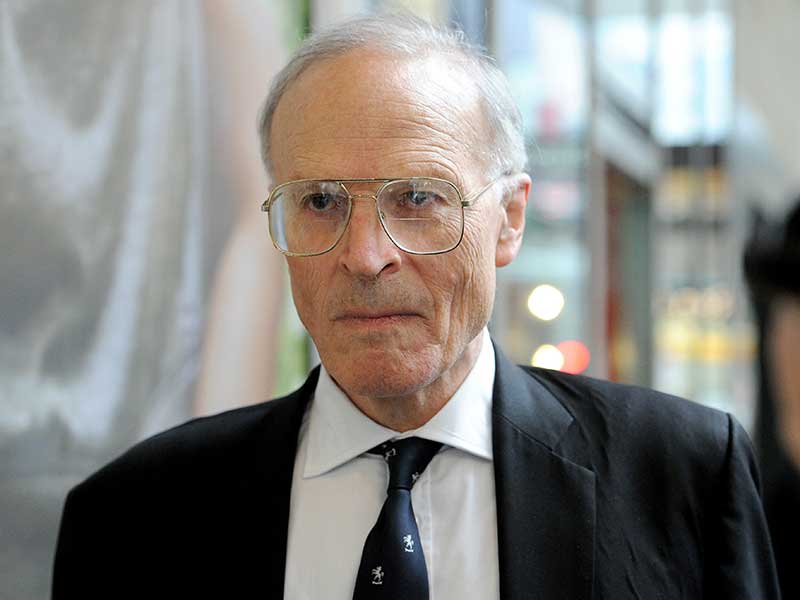 The former High Court judge, Dyson Heydon, will rule by Tuesday on whether he will stand down as head of the royal commission on trade unions, after accepting an invitation to speak at a Liberal Party function.

Mr Heydon was impassive, studious and courteous as he heard counsel for various unions make “respectful submissions” that there was now an apprehension of bias about his role, and that he should now recuse himself from the inquiry.

He concluded Friday’s hearing by observing, drily it seemed, that he would start work on a “consideration of this interesting and in some  respects complex matter”.

The legal precedents are that a judge should be disqualified if a “fair-minded lay observer might reasonably apprehend that the judge might not bring an impartial mind to the resolution of the question the judge is required to decide”.

Counsel for the ACTU and several individual unions, Robert Newlinds, SC, said the “Edna test” was a lower hurdle because of this “double might” formulation – of whether a reasonable observer “might apprehend that you might not be able to bring an impartial mind to the issues at hand”.

“I immediately appreciate that you are not going to embrace that submission because you made no secret of that fact,” Mr Newlinds said.

He argued that the commission had a political context of the Liberal and Labor parties being “natural adversaries”, and of the union movement being organically connected to Labor.

The commission would recommend changes to the laws that covered unions, which were supported by the Liberal party and opposed by Labor and the unions.

Mr Heydon told the commission he was asked in April 2014 to deliver the Sir Garfield Barwick lecture. It was organised by a lawyer branch of the NSW Liberal Party, but he understood it was not “a fundraiser”.

However, the tenure of the royal commission was extended to the end of 2015 and Mr Heydon did not deliver the lecture.

In March 2015, Mr Heydon was contacted again about the lecture but he “overlooked the connection” between the organisers and the Liberal Party.

In June, Mr Heydon received the invitation to the speech, but he says that he did not read the attachments, which stated it was a Liberal event and described it as a fundraiser.

On August 13, Mr Heydon’s assistant told the event organisers that he could not give the speech while he was a royal commission if there was “any possibility” it could be seen as a Liberal party event.

That email was sent shortly before the media contacted his office about the speech.

Friday’s hearing took a dramatic turn when counsel for the CFMEU, John Agius SC, said the commission had released documents on Thursday that differed from those previously released on Monday

Mr Agius said an email from the event organiser on August 12 included the line, “Attachments: Barwick invitation August” and “state donation compliance” but this did not appear on previously released documents.

He said a fair-minded observer would be concerned the earlier documents were “at best a partial disclosure, if not a disclosure of a  doctored document which had been edited to remove the reference to State donation”.

Mr Agius later said he had been informed by a commission lawyer that the email system dropped off attachments when they were part of a chain. But he argued this did not affect the argument that not all documents had been disclosed.

“Now, it doesn’t matter if there’s anything in the new document or not,” Mr Newlinds said.

“You’ve got to  be confident when you tell someone that they’ve got all the documents and you were wrong when you told me that and there’s no explanation for how that could have happened.”

Counsel assisting the inquiry, Jeremy Stoljar SC, said there was “no basis whatsoever” for the serious allegation that the document previously produced by the commission was “altered or doctored in any way”.

The indications are that the unions do not expect that Mr Heydon will disqualify himself when he hands down his ruling next week. But things are unlikely to end there.

The unions might then argue their case through the courts, or make further objections within the royal commission.

Labor has given notice of a Senate motion asking the Governor-General Sir Peter Cosgrove to rescind the letters patent appointing Mr Heydon.

Counsel for the ACTU, Mr Newlinds, did not suggest what should happen to the royal commission if Mr Heydon was disqualified.

“There is a question of whether you can unscramble the scrambled egg,” he said.