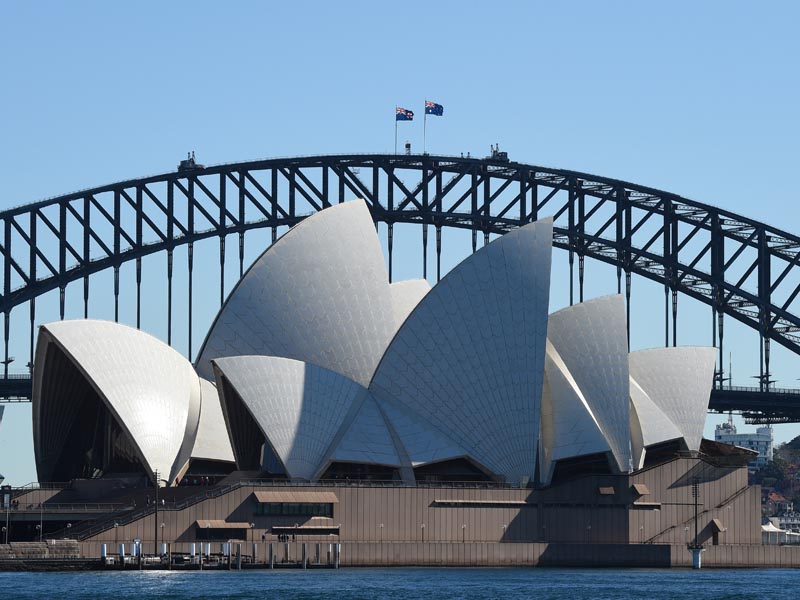 An interstate rivalry has been reignited after Melbourne was announced the world’s most liveable city – for the fifth year running – with the NSW Premier making a list of reasons why Sydney is better than Melbourne.

When the Global Liveability Survey results were revealed on Tuesday, Victorian Premier Daniel Andrews sent a tweet to his NSW counterpart Mike Baird gloating about his city’s achievement.

The survey, released yearly by the Economist Intelligence Unit, scored cities out of 100 in the areas of healthcare, education, stability, culture and environment, and infrastructure. Mr Baird provided The New Daily with this exclusive list of what made Sydney better than Melbourne.

Here is the Premier’s top five.

It is not the first time the two premiers have engaged in a Twitter war, following another social media spat last week.

Mr Baird hit back by cheekily amending the logo, adding his own disclaimer and posting it on Twitter, which read: ‘offer excludes harbour, infrastructure and sunshine’.

Mr Andrews then replied, suggesting Mr Baird was grumpy due to a lack of good coffee.

Meanwhile, the Victorian Government video used to promote the state’s new branding was pulled from Mr Andrews’ Facebook page after it featured a copyrighted music track.

The video, promoting Brand Victoria, had been viewed more than 3700 times and shared by more than 100 people, when it was replaced on Tuesday evening, the ABC reported.

The audio watermark – a voice saying “audio jungle” at 10-second intervals – can be heard on the music track throughout the two-and-a-half minute production.

A government spokesperson said the uploading of the video was “a simple mistake rather than anything else”.

“The government had all the appropriate licensing in place,” the spokesperson said in a statement.

“However a draft version of the video was accidentally uploaded rather than the final version, which did not contain the audio watermark.”

Baird’s list of why Sydney is better than Melbourne