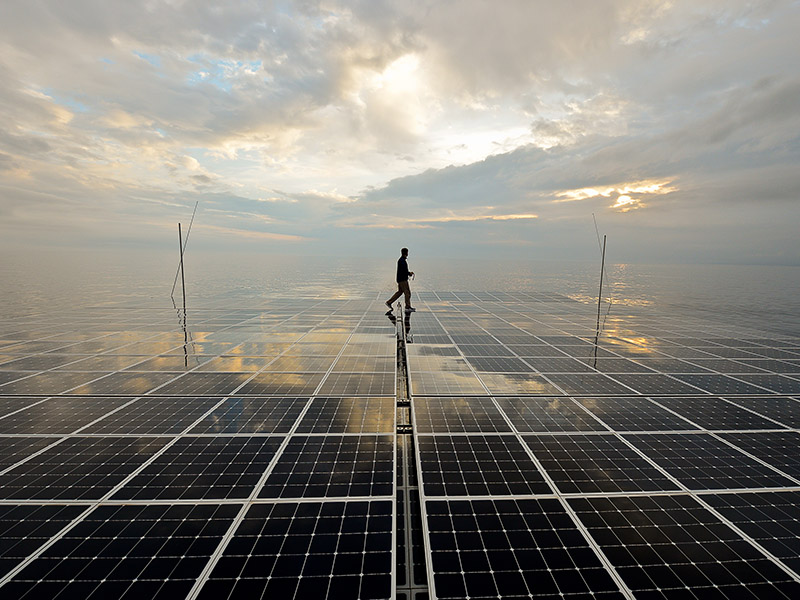 It was no surprise on Tuesday to see policy analysts savaging the climate action plans the Coalition will take to the Cop 21 conference Paris in November.

Laura Tingle from the Financial Review launched a blistering attack that concluded: “It is truly alarming that the government believes it can get away with such policy rubbish.”

There is no need to repeat all the detailed criticisms made on Tuesday, but the main flaws are:

• A 26 per cent reduction of emissions from 2005 levels by 2030 is not consistent with global attempts to limit global warming to two degrees Celsius as stated in the Copenhagen Accord that Australia signed in 2009.
• The success of the first rounds of the government’s Emissions Reduction Fund, which cut carbon pollution at a price of $13.95 a tonne, is blithely assumed to continue, with no acknowledgement that such a price reflects the low-hanging fruit of emissions reduction.
• There is no acknowledgement of the cost to be borne by businesses and consumers – whether through taxes or their energy bills – of building renewable capacity to replace the polluting energy sources that, in theory, should be shut down in the ERF process.

Any genuine attempt to match other developed nations on climate change action must combine three elements:

• Energy efficiency programs to reduce demand for power per unit of GDP.
• A mechanism to make it less financially attractive to pollute.
• A means of ensuring enough low-emission power sources are built, and built quickly enough, to cater for economic growth.

The Coalition’s plan features the first two, but does little to address the third. This makes the policy a kind of economic fantasy.

As the Climate Institute’s John Connor puts it, the elephant in the room is Australia’s ageing coal-fired generators, three-quarters of which he says are well beyond their expected life-span and which account for the lion’s share of Australian carbon emissions.

The cost of closing down the worst of those generators is very large, as is the cost of replacing them with cleaner power sources.

That objective should be part of the government’s plans, but it cannot be achieved through the Coalition’s $200 million a year spend on ‘buying’ emissions reductions, primarily through its Emissions Reduction Fund and its accompanying Safeguard Mechanism, which is supposed to stop new emissions springing up elsewhere in the economy.

How much would this kind of real action cost? Well the Climate Institute estimates that between $28 billion and $200 billion would have to be spent, in today’s dollars, between now and 2030 to hit even the government’s modest reduction target.

The Australian Industry Group thinks that range would be $100 billion to $250 billion.

Meanwhile, the government has promised to spend about $2.5 billion through to 2030. See the disconnect?

At the same time, however, some commentators think the policy is smart politics because it will get the Abbott government through the Paris conference with quite manageable levels of criticism from other nations’ delegates.

And if the Abbott government wins a second term, it’s got three years to rethink the policy and come up with something better.

That assessment is a bit hasty, however. The politics of re-running the carbon wars of 2013 may not be as smart as first thought.

That’s because few in the media, and apparently fewer within the Coalition, have realised how Labor is positioning itself on carbon for the next election.

Opposition Leader Bill Shorten was widely criticised a few weeks back for announcing he wants Australia to be 50 per cent powered by renewable energy by 2030 – a giant leap from the current Renewable Energy Target of 23 per cent by 2020.

Mr Shorten did not explain how this would be achieved, and many critics have assumed that a carbon tax mark-II will be created to pay for that great leap forward.

However, Mr Shorten and Shadow Environment Minister Mark Butler seem to be more plugged into the technological revolution overtaking this whole debate than their critics. In particular, they seem to have grasped the ‘game changing’ developments in roof-top solar and home battery storage (see: Canberra is missing the point on renewables, July 29).

When Labor finally does announce its ‘trading scheme’ plans for reducing carbon, my guess it that it will simultaneously announce big plans to develop this technology in Australia.

Rooftop solar is already hugely popular – more than a million homes have it – and it becomes a much better proposition when homes have a way to store power themselves.

Where the Gillard government’s carbon tax was a ‘stick’ to force polluters to stop polluting, federal assistance to spur on the transformative solar/battery technologies would be a giant carrot to voters.

During a photo-op visit to the ANU’s photovoltaic research labs on Wednesday, I asked Mr Butler how big a role the new solar/battery technologies played in Mr Shorten’s 50 per cent renewables call.

“Enormous,” he said. “On any analysis, battery storage is revolutionising the ability of households to take control of their own energy generation and their own power bills.

“Bloomberg New Energy Finance said only a couple of weeks ago that within five years a 4 kW PV system on the top of your house, with a 5 kW hour battery will give you cheaper electricity than you can get off the grid. That will just revolutionise electricity in this country … with those kinds of technology revolutions there’s enormous investment and job opportunities.”

And therein lies the weakness of Mr Abbott’s climate positioning.

The PM has now welded himself to a plan that won’t hit the target Australia has signed up to; that would be monstrously expensive if it did; and that ignores the huge demand in the community for renewables, but for rooftop solar in particular.

I do not know what Mr Butler and Mr Shorten will announce before the next election, but expect a lot of carrot and minimal stick ­– a policy combination they will contrast with Mr Abbott’s wildly inadequate stick, and no carrot at all.