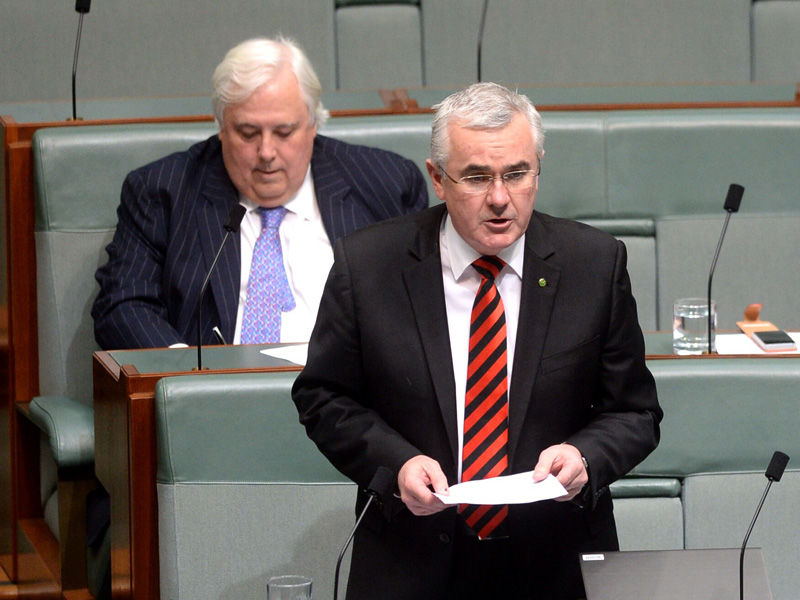 Independent MPs will move a motion of no confidence in Bronwyn Bishop following her “scandalous” use of parliamentary expenses.

Mrs Bishop has been under fire for a series of allegations into travel rorts, but her office said the travel was taken within her entitlements.

Greens MP Adam Bandt told The New Daily that Mrs Bishop should have a chance to explain the “serious allegations” but he would most likely support the motion, proposed by Andrew Wilkie and Clive Palmer.

“On what I know so far, it certainly doesn’t pass the smell test,” Mr Bandt said.

“The suggestion that there had to be a secret hearing of a committee in Albury that just happened to coincide with one of her colleague’s weddings strikes me as fanciful.

“If the Speaker has got some evidence to back that up, then should release that and I’d have a look at that with an open mind.”

The Prime Minister Tony Abbott cannot sack the Speaker; she can only be removed if a vote of no confidence is carried by the Lower House. Her spokesman said on Wednesday she had no intention of leaving.

It was revealed that Mrs Bishop spent $5227 on a charter helicopter to travel a short distance from Melbourne to Geelong for a political fundraiser in November 2014.

Labor also raised questions about a $600 expense claim by Mrs Bishop, while also attending a wedding of former Liberal colleague Sophie Mirabella in Albury, in 2006.

News Corp reported on Wednesday that Mrs Bishop hit the public purse again for $288 in travel allowances to stay in Brisbane on the night of MP Teresa Gambaro’s wedding in April 2007.

On Wednesday, Mr Wilkie said Mr Palmer would move a motion of no confidence and he would second it, if the Speaker did not stand down before parliament resumed on August 10.

“Bronwyn Bishop is not a fit person to occupy the highest position in the House of Representatives.

“The Member for Mackellar has abused parliamentary entitlements and treats public expectations with contempt. No wonder many members of the community question her integrity.

“This is another example of disgusting behaviour by politicians with an inflated view of their own importance and no respect for their office.”

Mr Wilkie said Mrs Bishop’s refusal to apologise or acknowledge the issue led to his and Mr Palmer’s decision.

Earlier on Wednesday there were reports of growing feelings among anonymous Coalition frontbenchers that the Speaker’s position was ‘untenable’.

Cabinet Minister Scott Morrison confirmed Mrs Bishop had been consulting with colleagues about her future, as she faced continuing uproar from the Opposition, the ABC reported.

Foreign Minister Julie Bishop had also suggested that Mrs Bishop was considering her position ahead of the next sitting of Parliament, in less than two weeks.

But Education Minister Christopher Pyne formally put his support behind Mrs Bishop, and said he did not believe the Speaker was going anywhere, despite Julie Bishop’s comments.

“I have spoken to Bronwyn and I only see the Bronwyn Bishop I have always liked … she’s a woman who of great resolve who will get the job done,” Mr Pyne told Sky News.

“She’s doing a very good job at Speaker and she attains my full support.”

A spokesperson for Defence Minister Kevin Andrews told The New Daily he had not heard from Mrs Bishop in regards to seeking her support from within the Liberal Party.

The New Daily also contacted Finance Minister Mathias Cormann, whose spokesperson refused to comment on the matter, but said the Bishop saga is the responsibility of the office of the Special Minister of State.

Communications Minister Malcolm Turnbull made light of the matter on Wednesday, by tweeting to his 396,000 followers as he took a tram and train from Melbourne to Geelong for a media event.

“Now on the 109 on Collins St to Sth Cross (sic) to get the train to Geelong to visit @SHendersonMP,” Mr Turnbull tweeted, referring to Corangamite MP Sarah Henderson.

Meanwhile, as pressure grows within parliament, a public petition has has been set up called ‘Remove Bronwyn Bishop from her position as speaker of the house of representatives’.

So far it has attracted more than 69,000 votes in favour. “The Federal Coalition, when in opposition, set a powerful legal and moral precedent when they doggedly pursued and prosecuted the former speaker Peter Slipper when it was found that he improperly claimed $900 in taxi vouchers,” the petition webpage said.

“Now we find that our current speaker has improperly claimed over $5,000 for a helicopter flight.

“The precedent for the treatment of speakers for this behavior has been set.

“This petition is to remind our Federal Government what is now required. Bronwyn Bishop must be removed and prosecuted.”