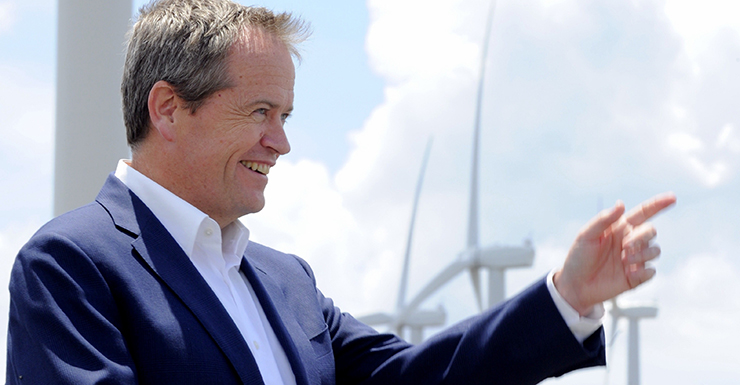 An ambitious 50 per cent renewable energy target by 2030 will form the centrepiece of a new Labor plan to tackle climate change.

The solar industry predicts the plan could create 20,000 to 30,000 jobs and would be a game changer for Australia’s economy.

Mr Shorten has ruled out reinstating a fixed carbon price, which contributed to Labor’s walloping at the 2013 federal election, but is making the case for a floating price as part of a carbon emissions trading scheme.

“We will take steps to reduce (carbon) pollution and will not be intimidated by ridiculous scare campaigns,” Mr Shorten said on Wednesday.

“This is a game changer for Australia’s economy,” he told AAP.

At the moment the sector employs about 18,000 people.

“The ability for us to scale up is really a piece of cake.”

It would be a boom for struggling regional communities as well, Mr Grimes said.

Labor environment spokesman Mark Butler said Australia had to do its fair share to keep global warming below two degrees.

“We have some of the world’s best resources: solar, wind, geothermal, wave… some of the best scientists and innovative businesses,” Mr Butler said.

ACTU president Ged Kearney conceded jobs would be lost as the economy moved away from coal and towards newer technology.

But the whole purpose of the renewable energy target was to encourage new investment and create new jobs, she said.