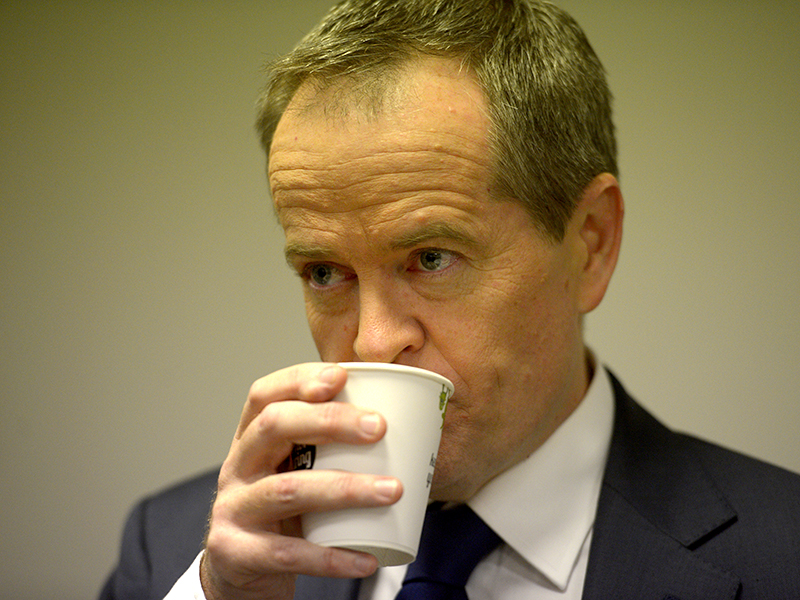 The biggest problem Bill Shorten faced this week was not so much the revelation that Labor is contemplating a policy that would reinstate an emissions trading scheme.

The more troubling thing for the opposition leader is that this document was leaked at all, presumably by one of the Labor team, which damages the party by reminding voters about their past instability.

Voters don’t like unstable parties and are unlikely to put (or leave) them in government.

As former Gillard government minister Greg Combet said in an interview this week: “I hope that people have learnt the lessons of the Rudd-Gillard period and they’re not about to repeat it.”

The leak also raises questions whether one of Mr Shorten’s colleagues has so completely lost faith in his or her leader that they’re prepared to publicly damage him with such tabloid fodder, and allow Tony Abbott to dust off his carbon tax scare campaign.

Most memorable line of the week

Indeed the Labor leak question prompted a number of government MPs to gleefully ask who it was that was trying to “kill Bill?” Tarantino fans around the nation ground their teeth and winced at the blasphemous misuse of the classic film title.

While the Coalition government was having fun at Mr Shorten’s expense, a juicy story about the government-appointed Speaker, Bronwyn Bishop, emerged from Labor’s waste watch committee.

Based on MPs’ expenses details, which are published every six months by the Department of Finance, questions were asked about a $5000 charter flight taken by Mrs Bishop from Melbourne to Geelong, when a comparable taxi ride was estimated to cost around $350. Then it emerged, thanks to an eagle-eyed member of the community, that the adjudicator of our national parliament had in fact taken a luxury helicopter to attend what is believed to have been a Liberal Party function.

Manager of Opposition Business Tony Burke announced on Friday that Labor would refer the matter to the Australian Federal Police to investigate whether a crime had been committed.

Although Mrs Bishop’s use of the unconventional vehicle was apparently in accordance with her transport entitlement, it was wrong in so many other ways.

It reinforced a common public perception that Liberal MPs are self-indulgent, entitled toffs who’ve lost touch with the hoi polloi. (Even the cigar-chomping Treasurer Joe Hockey said so). It confirmed the Speaker is unconcerned whether her participation in Liberal Party events raises questions about her ability to be impartial.

And at a time when the government is trying to put heat on the Opposition Leader by raising questions about rorts and conflicts of interest, Mrs Bishop’s jaunt turns the spotlight back on to her party’s record of rorting of travel expenses and her own perceived conflict of interest.

The PM won’t be happy about having this line of attack blunted by his political “mother”, and so will no doubt redouble his efforts on the carbon tax scare campaign.

Man of the (hipster) people

Even though we know Labor frontbencher Anthony Albanese has firmly packed his leadership baton away in his backpack, it’s still fascinating to see that he’s turned his hand to brewing beer.

According to a media report, Albo will attend the “world premiere” of his Albo Corn Ale Beer at Willie The Boatman micro brewery in Sydney.

Is the factional warrior for the Labor left preparing for a life after politics, or has he perhaps found another way to keep in touch with his hipster constituents, in addition to playing DJ at a few events.

We saw what Hockey did there

Meanwhile, Treasurer Joe Hockey was doing his best to prevent Labor from running a different type of scare campaign – against the GST.

The Treasurer made it clear in a speech on tax reform that “when it comes to the GST … no change will be considered without the unanimous agreement of state and territory governments and bipartisan support in the federal parliament.”

Judging by the comments made by Victorian Labor Premier Daniel Andrews – which could be seen as a variation on PM Abbott’s “nope, nope, nope” – Hockey’s hope for a “sensible, mature debate about long-term tax reform” is unlikely to happen.

Leaky Labor and why Tarantino fans were left cringing