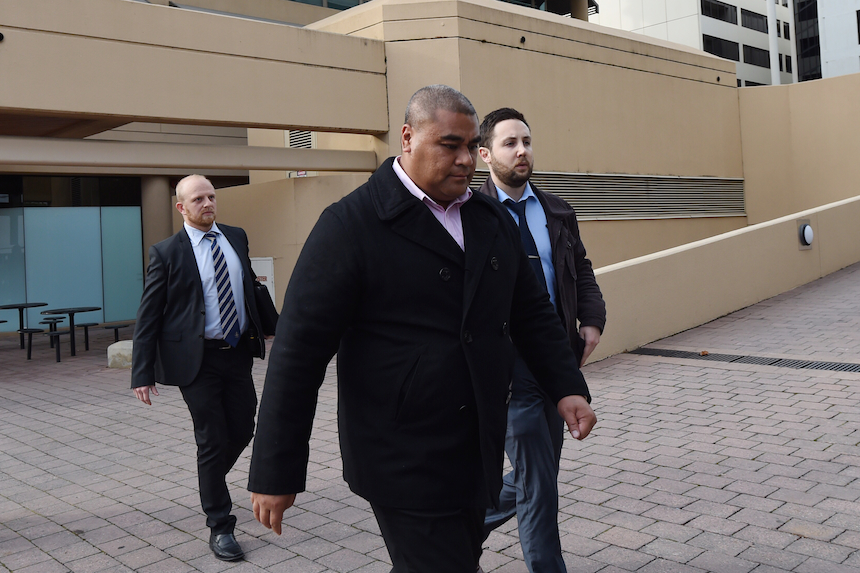 Federal Police arrested him at his lawyer’s offices on Thursday afternoon in Canberra.

The Royal Commission into Trade Union Governance and Corruption is currently investigating the activities of the ACT branch of the CFMEU.

Kivalu, also a former Labor Party sub-branch president, is at the centre of bribery allegations.

On Monday, formwork contractor Elias Taleb gave evidence Kivalu accepted $135,000 from him in instalments, for access to the Canberra construction market.

On Thursday, Kivalu admitted to the corruption inquiry that he accepted only $60,000 from Mr Taleb, but denied he hired a debt collector to chase cash from him.

Shortly after lunch Kivalu was excused from attending any further proceedings.

He exited the building followed by a plain-clothed police officer and went to his solicitor’s office around the corner.

About 45 minutes later he was arrested with detectives and uniformed officers escorting him out of the building and into a waiting police van.

A statement issued by ACT Policing said they had arrested a 39-year-old Queanbeyan man following the Canberra hearings.

“Inquiries are continuing and it would not be appropriate to make any further comment at this point,” the statement said.

“The Australian Federal Police Taskforce attached to the Royal Commission into Trade Union Governance is urging members of the ACT and NSW regional community to come forward and report matters relating to union governance and corruption.”

Kivalu was the former president of the Labor Party’s Dickson-Morning sub-branch.