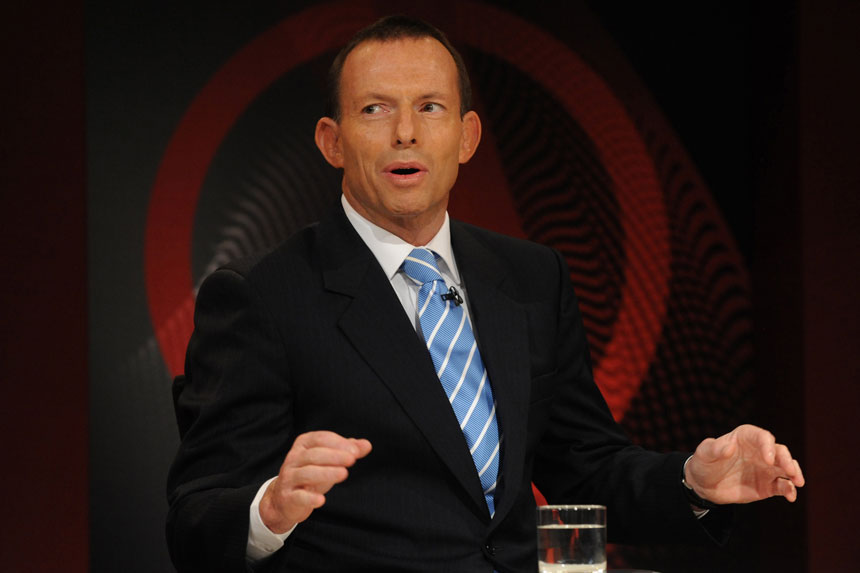 Malcolm Turnbull will be a no-show on the ABC’s Q&A program but Prime Minister Tony Abbott is lifting his ministerial boycott – with a caveat.

The public broadcaster’s news and current affairs division must take responsibility over the controversial show, which has been in the spotlight since it allowed convicted criminal Zaky Mallah into the studio audience last month.

Mr Turnbull was due to go on the Q&A panel on Monday but confirmed late on Friday he would not be appearing.

He will instead appear on the ABC’s 7.30 program on Monday night.

In a letter of reply to ABC board chairman James Spigelman on Friday, the prime minister indicated he was willing to allow frontbenchers to once again go on the show.

Mr Spigelman had written to Mr Abbott that an option to move Q&A into the ABC’s news division while an independent review was taking place was under “active consideration”.

“I see merit in this proposal,” the chairman wrote on Thursday.

In his reply, Mr Abbott wrote that Mr Turnbull had been “given to expect that Q&A would be moved to news and current affairs, which would be appropriate for such a program”.

“Front benchers look forward to resuming their participation in Q&A once this move takes place,” the prime minister wrote.

“I hope this can happen as soon as possible.”

An ABC spokeswoman said the board would consider the issue at its scheduled meeting on August 6.

Labor accused Mr Abbott of interfering with the broadcaster in a “desperate move” to prevent a leadership rival from appearing on the show.

“He’s gone from editorial interference to attempting to interfere in management decisions and how the ABC is structured,” opposition acting communications spokeswoman Michelle Rowland said in a statement.

Former broadcaster Ray Martin and former SBS managing director Shaun Brown are undertaking the review and are expected to report back in three months.