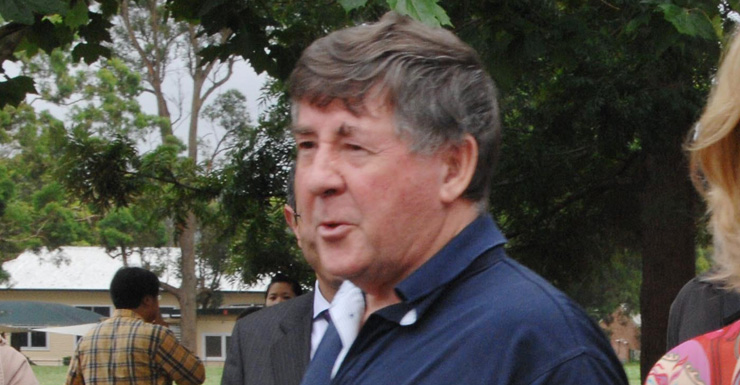 In a letter posted online, Mr Hogg said the leader should “just go” because of a potential conflict of interest.

On Wednesday, Mr Shorten acknowledged that the salary of his 2007 campaign director was paid by labour hire company Unibilt.

He also acknowledged, under questioning, that the campaign director’s job title  — ‘research officer for Unibilt’ — was incorrect.

These facts were not declared for eight years, which Mr Hogg described as either: “a real lapse of memory, sloppy book-keeping or a hope non-one would notice”.

“Let’s call a halt to defending the indefensible.”

Former Labor premier of NSW Kristina Keneally hit back at Mr Hogg’s ‘irrelevent’ comments, saying he should not have spoken out.

“If Mr Hogg wants to weigh in, he should do it quietly,” Ms Keneally told Sky News.

“The evidence speaks for itself … there’s no need for me to amplify that,” the government frontbencher said on Thursday.

As well as being the party’s national secretary, Mr Hogg served as a senior advisor to prime minister Bob Hawke, advisor to Victorian premier John Cain and ALP Victorian secretary.