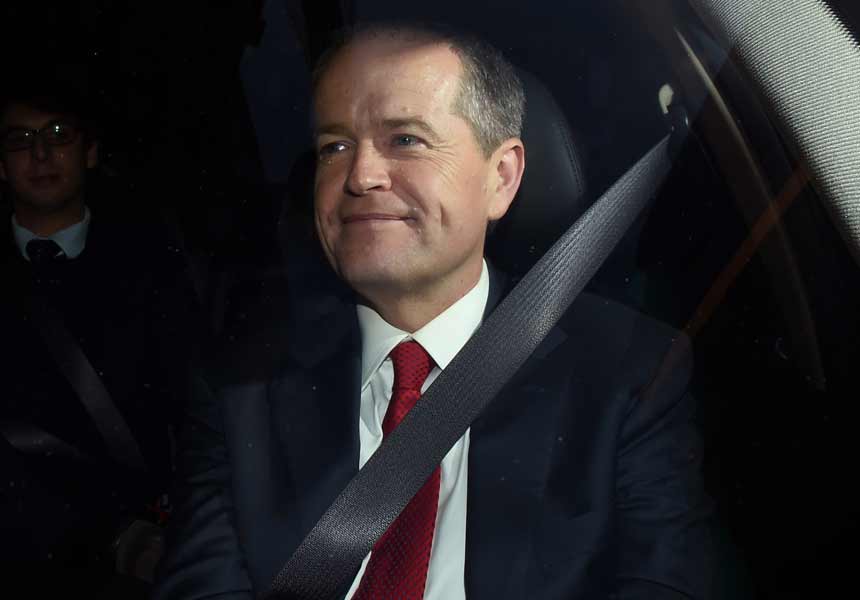 There are a lot of questions to ponder after Labor leader Bill Shorten’s first appearance before the Royal Commission into union governance and corruption.

When is a donated political staffer not a donation? Is an enterprise agreement kosher simply because employees voted for it? Was Commissioner Dyson Heydon even awake during the proceedings?

But there’s a bigger question that must be nagging at all political observers’ brains after those proceedings: who was that man in the witness box and what has Labor done with Bill Shorten?

The Opposition Leader has been saying for weeks since he was summonsed to appear before the latest Coalition witch-hunt that he relished the opportunity to do so and set the record straight.

He even said it again on the night before his interrogation, conveying via press release that he was looking forward to “the opportunity to talk about what I believe to be every Australian’s right – a good, safe job with proper pay and conditions”.

But it would be safe to say that no one other than Mr Shorten’s most ardent fans thought he meant it, or that he’d do a particularly good job of it.

Let’s face it, Mr Shorten is a pale imitation of the firebrand young AWU leader who was exceedingly ambitious and probably too full of himself, but was one of the more likely prospects to be a future Labor leader. Some even likened him to the next Bob Hawke. Yet time has shown Bill Shorten is not even Bob Hawke’s shoelace.

Since he succeeded in the contest to win the Labor leadership, Mr Shorten has been a disappointment – for Labor supporters and most likely his colleagues, but also for those voters who just want to see someone take it up to the Coalition government. A strong opposition makes for a good government.

Setting aside Labor’s policies, many of which are a disappointment in themselves to the party’s voters, it’s Mr Shorten’s presentation style that’s exacerbating voter concern.

First, there’s the sing-song voice the Labor leader uses to deliver his daily denunciation of the Government, and the Shakespearean flourish at the end of sentences which may just be his inside-voice version of a rally cry. Unfortunately for Mr Shorten, both delivery styles are fake and corny, and they detract from any attempts at authenticity.

And finally there’s the problem with Mr Shorten’s passion, best depicted by the gif (right) in which he says “I believe…” and then looks down to check his notes for what he believes in.

For all Mr Shorten’s fulminating in the parliament and media conferences on the outrage of the day, none of it seems to ring true.

And yet a completely different man rocked up to the Royal Commission to face the inquisitors.

Of the three Labor leaders who have been interrogated by the Abbott government royal commissions, Bill Shorten looked the most confident.

He stayed in control of his evidence, didn’t give an inch under scrutiny from counsel assisting the Commission, Jeremy Stoljar (who fancies himself another Rumpole), and was disarmingly articulate.

At times, when asked a question, Mr Shorten gave little homilies about his devotion to the working people of Australia, or mini-dissertations on the arcane workings of unions and the industrial relations system. Each time, he sounded genuine and made good sense.

And when he said no, it wasn’t like the unconvincing no that he gave in response to that question about abandoning Julia Gillard for Kevin Rudd – it was a resounding no.

Even when he had to admit that a dog ate his 2007 candidate declaration but that he’d found a new copy a couple of days ago, the Labor leader looked assured and almost bullet-proof. Mr Stoljar seemed to find this a little off-putting.

If Mr Shorten continues this bravura performance into the second day, Labor supporters could rightly be a little miffed that this version of the Labor leader had not been wheeled out earlier.

A new and improved Shorten?

It’s somewhat anxiety-inducing to have a party leader with record low popularity levels.

Whether the new and improved Shorten becomes a permanent fixture on the political scene could well be determined by another former union leader, who’s been sitting quietly at Mr Shorten’s lawyers’ table.

Former ACTU boss and Gillard government minister Greg Combet has been helping his former colleague prepare for the interrogation, and even pitched in with a bit of spin-doctoring, telling the media what a good job Mr Shorten had done on the first day.

It’s known the Opposition Leader is currently looking for a new chief of staff, and it’s undeniable that he needs some better advice.

Perhaps Mr Combet is just the person with the experience and political smarts that Mr Shorten needs as his new most senior adviser and to turn his political fortunes around.

Will the real Bill Shorten please stand up?