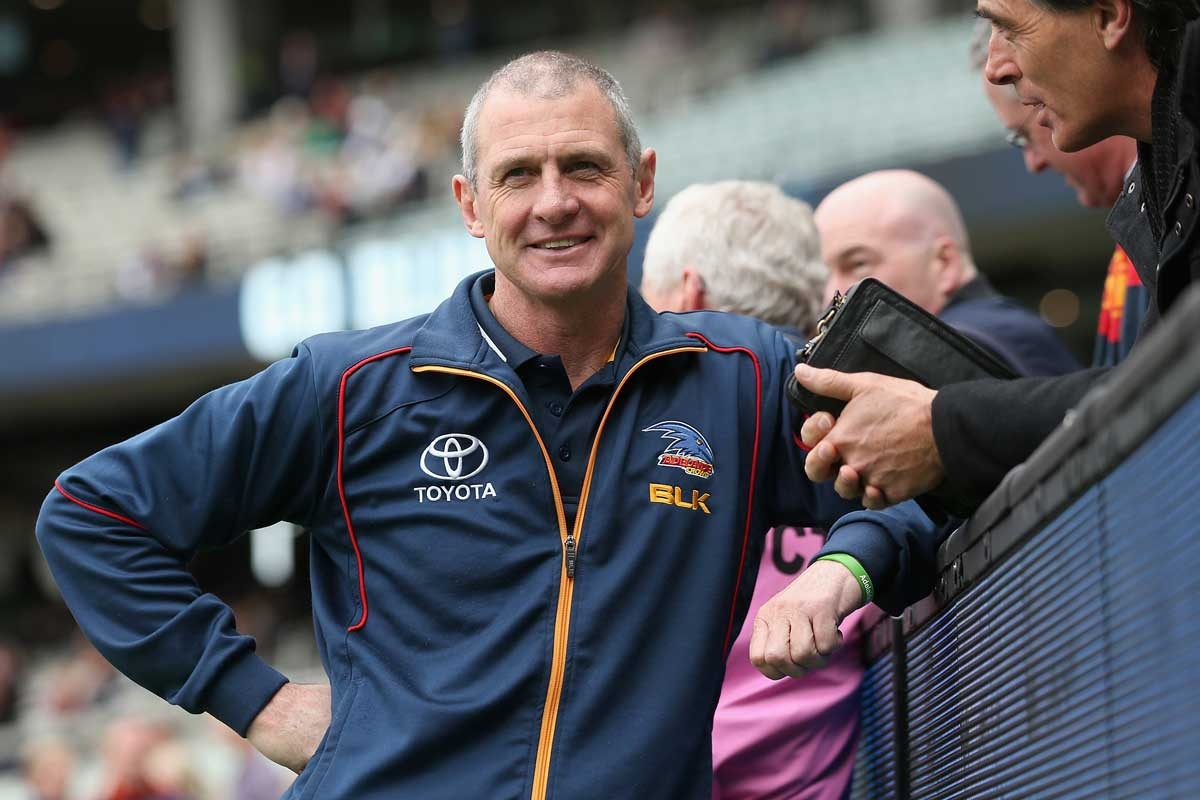 The daughter of AFL coach Phil Walsh says nothing will again be right with the world after the death of her father.

Quinn Walsh, 22, posted an emotional tribute on Facebook to her father, writing,  “Hold your family close, never for a second take them for granted for that will be the second you lose them. I have lost half my family in a blink of an eye, nothing will be right with the world again.

“Wanna thank everyone for the support and love, will be home soon to be with my mother and to say goodbye to my one and only hero. x”

Quinn was overseas when her brother Cy Walsh allegedly stabbed their father to death at their Adelaide home, at about 2am on Friday.

Phil Walsh, 55, was in his first year as head coach of the Adelaide Crows, whose home match scheduled for Sunday has been cancelled.

Adelaide Oval will instead open its gates to the public on Sunday afternoon for tributes.

“At 2.50pm, which would have been the start of the match between Adelaide and Geelong, the siren will sound,” the oval’s chief executive Andrew Daniels said.

“We believe that we do need to provide the opportunity to people if they wish to come down to the oval.”

Hundreds of people have laid flowers, cards and scarves and other items at the doors of the club’s West Lakes headquarters to pay tribute to the coach.

Crows chairman Rob Chapman said an interim coach may be appointed on Sunday.

Adelaide’s captain Taylor Walker said on Saturday: “It’s a pretty numb feeling at the moment … when you lose your head honcho it hits you pretty hard.”

Cy Walsh has been charged with his father’s murder and is at James Nash House, a mental health facility.

He entered no plea at a bedside court hearing in the Flinders Medical Centre on Friday and will remain in custody until a September 15 court date.

His mother Meredith Walsh, who sustained leg injuries, was at the same hospital but was discharged on Saturday morning.

Walsh daughter: I’ve lost family in blink of an eye