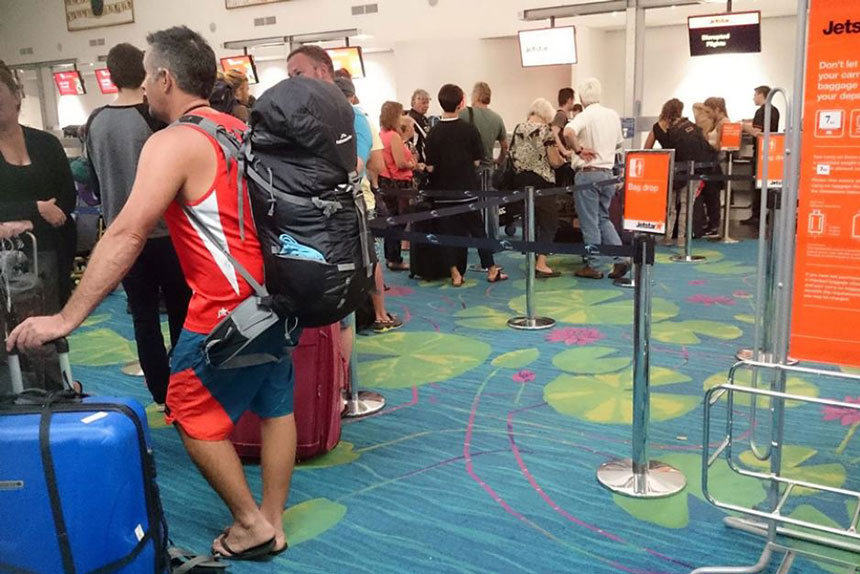 More flights to and from Bali have been cancelled as an ash cloud drifts towards Denpasar airport.

The Bureau of Meteorology [BOM] said volcanic ash from Mount Raung had drifted toward the Airport following Thursday’s eruption.

The ash, which is 150 kilometres from Bali and 15 nautical miles from Denpasar, is not very thick and has been described as a weak plume, but the BOM says it could be days before it clears.

“We regret the impact these cancellations and delays are having on our passengers, particularly during the busy school holiday period, but we will always put safety before schedule,” a Jetstar spokesman said.

Jetstar says it will issue a further update on flight schedules in due course.

Virgin says its meteorologists are monitoring the situation in consultation with the Volcanic Ash Advisory Centre.

Passengers hit by the cancellations are being offered a range of rebooking and refund options.

The news comes after several flights were grounded by the ash cloud on Thursday.