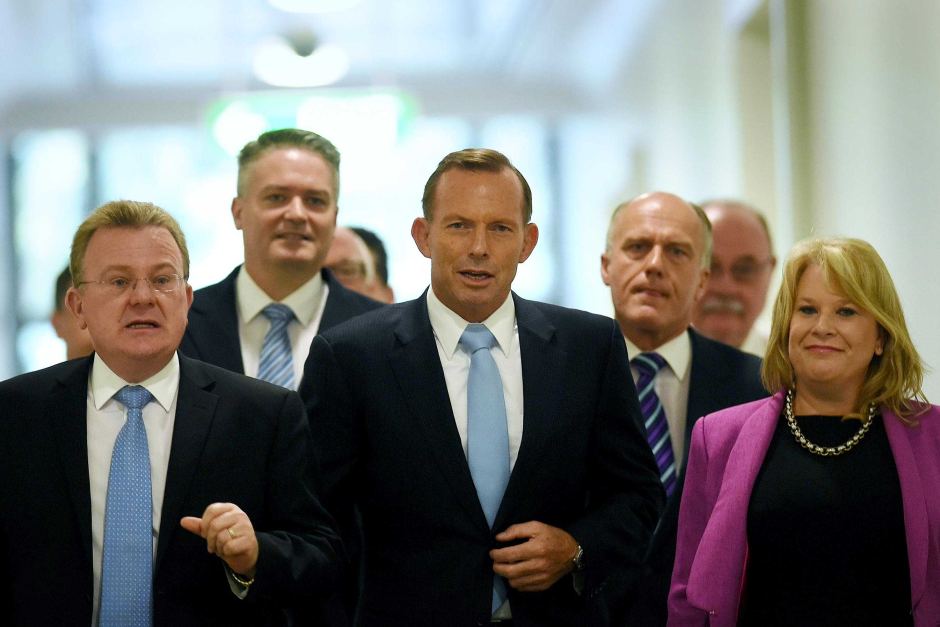 Tony Abbott has talked down the chance of same-sex marriage laws going to a vote in parliament, as coalition MPs split over the issue.

Liberal MP Warren Entsch plans to bring a bill to parliament in August, co-sponsored by Labor and other MPs, to allow gay marriage.

“I certainly accept it’s an important issue on which decent people can differ … (but) it’s quite unusual for private member’s bills to come on for debate and vote in the parliament,” Mr Abbott told reporters on the NSW Central Coast on Thursday.

The usual process is for an MP to give notice of a private member’s bill, before the government-dominated selection committee sets a Monday sitting date for it to be introduced.

Labor’s own gay marriage bill, introduced in June, was allowed under this process.

However, private member bills are rarely put to a vote before parliament is dissolved before an election.

The program for the next day for private member’s business, August 10, has already been set.

Mr Abbott pledged at the 2013 election to allow his party room to decide on a free vote for MPs if a same-sex marriage bill emerged which had a good prospect of getting cross-party support.

“Any change of this magnitude requires appropriate consultation and not the sort of ambush approach some of my colleagues have chosen to take,” she said.

Government whip Andrew Nikolic, who sits on the selection committee, said it would not be on the agenda any time soon.

“Anyone who thinks that this should be prioritised over economic or national security issues has rocks in their head,” he said.

Cabinet minister Eric Abetz denies there is widespread support for legalising same-sex marriage, warning it could open a “Pandora’s box” and lead to polygamy.

He called on all frontbench colleagues to support the party’s position opposing change or resign from their position.

Liberal backbencher Ewen Jones, who will support a free vote among MPs, said the bill should be debated as quickly as possible, rather than pulling the BandAid off “one hair at a time”.

Opposition MP Terri Butler, one of the bill’s co-sponsors, hopes more MPs will come out in favour of change, saying it had cross-party support”.

One Labor MP said there were concerns the bill could fail because some Abbott loyalists will consider it a proxy for an assault by coalition moderates on the prime minister’s leadership.

Labor frontbencher Stephen Jones, who championed a bill that was defeated in 2012, denied government MPs had been ambushed.