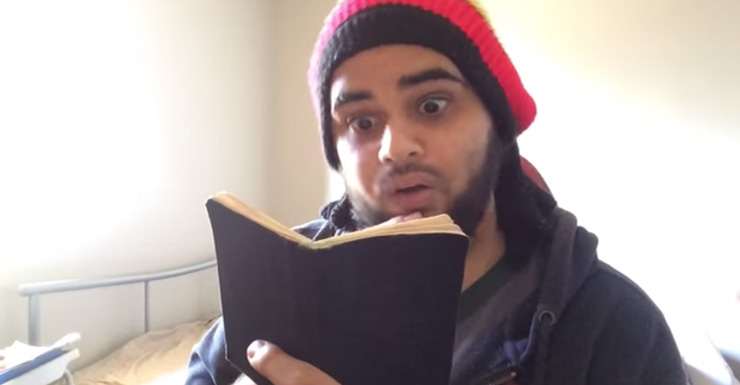 Zaky Mallah has celebrated ‘free speech’ by calling for two female journalists to be sexually abused, while threatening to sue politicians for defamation.

The young man came to prominence last week on the ABC programme when he asked a Liberal backbencher if a new counter-terrorism measure could pose a risk to innocent Australians.

In a video seen by The New Daily, Mr Mallah confirms that he previously called for conservative commentators Miranda Devine and Rita Panahi to be sexually assaulted, or ‘gang banged’, on public television.

He then describes the women as “trashy whores”, saying they would consent to this violent crime, making it impossible for it to be classified as rape.

His initial tweet about the two women finished with the words: “#freedomofspeech love it!”

Earlier this week, Mallah told his followers he was considering legal action against Prime Minister Tony Abbott and Education Minister Christopher Pyne for comments they made during the government backlash against Q&A.

“Ok! I think I’ll go for it. Looking for a legal team for my defamation case against Abbott and [Pyne],” he said.

On Monday night, Q&A host Tony Jones said Mallah would not have been allowed on the show had it been aware of his comments about Ms Devine and Ms Panahi.