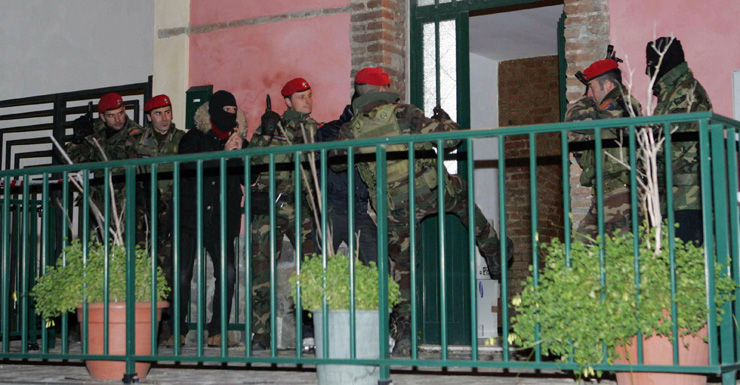 Investigative journalists have uncovered evidence the Calabrian Mafia may have corrupted Australian politicians.

A joint investigation conducted by the ABC and Fairfax Media uncovered the alleged infiltration, which could have tainted parts of both the Liberal and Labor parties.

According to confidential police reports, Fairfax reported “loopholes” found in the political donation system which showed the long-running failure by government to reform it, exposing Australian politicians to “potential corruption”.

The investigation revealed a series of contacts between known and suspected criminals and senior politicians.

The Calabrian Mafia, also known as the ‘Ndrangheta, is one of the world’s most powerful criminal groups and is thought to be one of the major players in the world of international drug trafficking.

The violent and powerful group extended its networks from Italy and across the world, and gained access to the very highest office bearers in Australia, the report revealed.

The investigation showed donors had lobbied on behalf of a mafia figure to a host of Liberal and Labor MPs over issues related to their businesses.

Four Corners revealed the son of alleged mafia boss did work experience at the Australian embassy in Rome while former Liberal minister Amanda Vanstone was ambassador.

Prior to his placement, Italian authorities were sharing sensitive information about the alleged mafia boss through the embassy.

Ms Vanstone, who is now retired from politics, is also at the centre of another episode uncovered during the investigation.

When she was immigration minister in the Howard government, she granted a visa for a crime boss who was later jailed for drug trafficking and implicated in a murder plot,” the ABC reported.

The man, who is the brother of a well-known Melbourne businessman, has an extensive criminal history in Italy.

He was set to be deported, but his family used its money and influence to conduct a lobbying campaign with some of the country’s most powerful Liberal politicians — including Ms Vanstone.

Eventually in 2005, the man was granted a visa to stay in Australia on humanitarian grounds.

There is no suggestion Ms Vanstone acted improperly in either case, though confidential police assessments suggest it indicates her South Australian Senate office had likely been ingratiated by mafia figures.

Just a couple of years later, the man was implicated in one of Australia’s largest ever drug busts.

Tony Madafferi denied any wrongdoing, and was never charged with an offence, but was named repeatedly in court proceedings as an alleged organised crime figure with deep ties to Mafia figures and drug traffickers.

He was named as a violent Mafia figure by witnesses in two coronial inquests, but denied the allegations and was not subject to adverse findings.

Watch Four Corners — The Mafia in Australia: Drugs, Murder and Politics Monday at 8:30 on ABC.