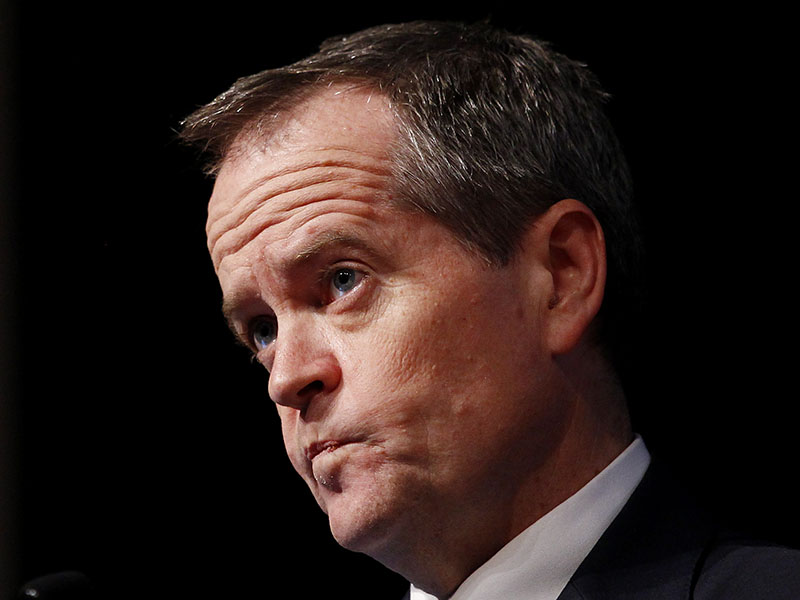 Following further revelations of his involvement in the Rudd-Gillard wars, opposition leader Bill Shorten did the unexpected – for a politician at least – and admitted he’d lied to the media.

Mr Shorten had previously told a radio host that he was not reviewing his support for then PM Julia Gillard and had not been asked to do so, when in fact he had been involved in discussions with Kevin Rudd two weeks before the former PM successfully toppled his “assassin”.

Voters are generally blasé about politicians lying but can lash out when a political lie feels like a breach of trust.

Julia Gillard learned this the hard way, even though she broke a “no carbon tax” commitment rather than lied about her intentions.

The PM, who’s been known to play fast and loose with the truth, will no doubt redefine breathtaking hypocrisy by hounding Mr Shorten about his admitted duplicity.

The Opposition Leader’s candour is undoubtedly an attempt to minimise any damage to his credibility, but it is also a big risk considering that his role as a former union official in potentially dodgy deals will soon be raked over by the Royal Commission into union corruption.

This was the final week of parliamentary sittings before a six-week break, and the government was keen to get its citizenship-stripping law into parliament before MPs jumped into their big white cars and got the hell out of wintry Canberra.

PM Abbott announced the long-awaited legislation at a 10-flag press conference, which appears to be an all-time high. Knowing that it can’t afford to give the Prime Minister a chance to call it “soft on terror”, Labor indicated its in-principle support for the proposed law even though it may have much wider consequences than the community realises.

The opposition also helped the government out of a pickle by supporting legislative changes to head off a high court challenge to offshore processing of asylum seekers.

Mr Shorten emphasised the goodwill that Labor was extending to the government in supporting the amendment, in contrast to the trouble the Coalition gave Labor in government on the Malaysia solution.

In reality, Labor had very little alternative if it didn’t want to be accused of being “soft on border protection” too.

In a less expected gesture of bipartisanship, Labor also announced this week that it would support the government on re-indexing fuel excise.

This increase has already been imposed, with seemingly not a whimper from road users, but the government still needed to get it through the Senate.

Labor stepped in and saved the day, possibly to prevent the Greens from doing so and getting the kudos (yet again) for being more economically responsible than Labor.

We saw what they did there

Meantime Labor supported the Greens to establish a Senate inquiry into reports that people smugglers may have been paid by Australian officials.

The inquiry will also consider whether such payments would be legal and could actually encourage people-smuggling activities.

Conveniently for Labor, the inquiry will only investigate payments made after September 2013, which just so happens to be the time the Coalition won government.

Finally, it was a week of more silly mistakes than usual, perhaps as an indication that politics-watchers and MPs are weary after parliament sitting for five weeks in the past seven.

Despite ABC head Mark Scott defending his patch from those who would curtail free speech, the deterioration of the Q&A program into tabloid television is a real matter for concern.

Equally serious was the oversight of ASIO officials and even our security-conscious PM that led to sensitive intelligence information being used as props for a jingoistic photo opportunity.