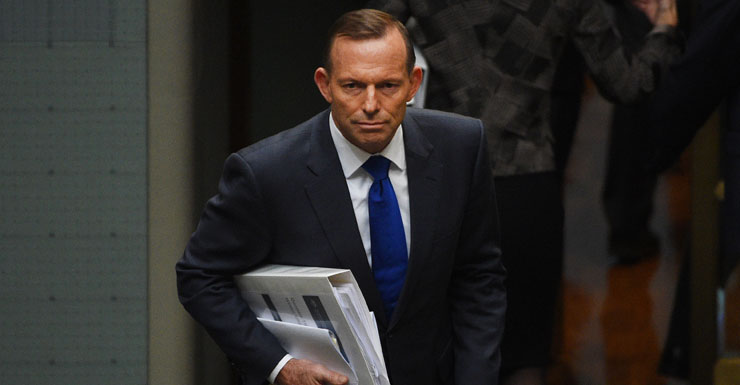 The government’s political point scoring on national security measures is having a counter-productive effect on reducing the threat of terrorism in Australia, an expert says.

Australian National University radicalisation and terror expert Clarke Jones said he was shocked that official documents were made public by ASIO on Wednesday, revealing terrorist-recruiting hotspots in Sydney and Melbourne.

ASIO confirmed the maps – outlining which suburbs foreign fighters who have gone to the Middle East came from – were not meant to be made public.

The maps were shown as Director-General of Security Duncan Lewis gave Prime Minister Tony Abbott an update on the security situation in Iraq and Syria, during a briefing inside the agency’s new headquarters in Canberra.

“I think there is a very good reason why national security information is kept away from public misinterpretation,” Dr Jones said.

“That information is not fact or evidence, and there are sensitivities around how it was collected and who it is about.

“I’m surprised at the political point scoring this government is going through in divulging that information.”

Dr Jones said the government had made its stance on national security, but was going too far in its approach.

“I’m very concerned we’re going over the top now, to the point that national security and divulging in information is having a negative or counter-productive effect on reducing the threat of terrorism in Australia.”

The Opposition said publication of the maps may threaten Australia’s national security.

But, in a statement, ASIO said the documents used in the briefing were “not the subject of a national security classification”.

“The documents were carefully edited and were unclassified. The content of the documents did not compromise national security,” the statement said.

Maps laid out on a table for Mr Abbott showed highlighted suburbs in Sydney including Lidcombe, Greenacre, Punchbowl, Bankstown, Auburn and Lakemba.

The suburbs highlighted in Melbourne included Craigieburn and Campbellfield.

Dr Jones said there were also homegrown terrorists in Perth and Brisbane.

Mr Lewis said the maps would be used to direct the spy agency’s counter-radicalisation efforts.

He confirmed the latest figures on Australian jihadists fighting in Iraq and Syria – and said “the number away still remains around 120, and the number here supporting them is around about 160”.

The Abbott government has recently ramped up its national security measures, with its latest plans to strip dual nationals of their citizenship if they are terrorists.

But, of the homegrown Islamic State fighters or wannabe terrorists, Dr Jones said a high number of them were 16 to 21 years of age.

He said communities listed as terror hotspots in the ASIO data were well aware of the issues brewing.

The Attorney-General had funded 32 pilot programs for these troubled communities at a grassroots level.

“It’s about keeping these kids away from the criminal justice system and keep them with families, schools and their religion,” Dr Jones said.

“The idea is to try and keep the family involvement and make the families better equipped to deal with and cope with these (young people) with extreme beliefs and what got them into the mess to support Islamic State.”

Dr Jones said the terrorism hotspot locations were not surprising.

“Mixed ethnicities will always congregate together in a community, mostly for support and that common bond,” he said.

He said if you looked back to Italian and Chinese immigrants between the 1950s and 1990s, some were forced to resort to crime due to lack of jobs and equality of education.

Dr Jones said he didn’t view terrorism lightly, but believed children needed a “second chance in life” and there was a lot of “political rhetoric” clouding the issue.