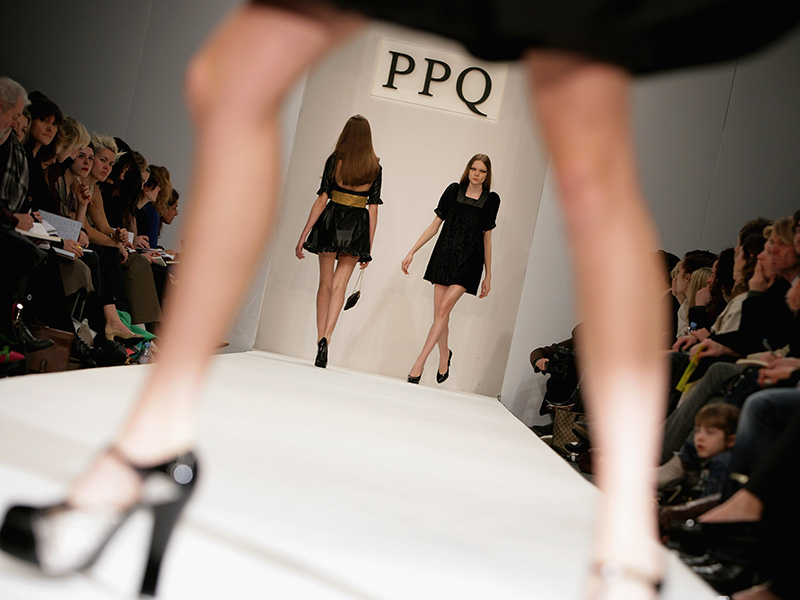 With eating disorders continuing to rise across the nation, a leading Australian psychiatrist has called for the introduction of laws to ban the use of dangerously thin models in the fashion industry.

Professor Phillipa Hay said she supported barring models from the catwalk if they failed to meet a minimum body mass index (BMI).

Her comments reinforce the ongoing campaign to curb the dangerous body image message being sent to thousands of vulnerable young people by the fashion industry’s use of emaciated models.

It also follows tough new measures to combat anorexia overseas where fashion agencies now face jail and fines if they hire models who are dangerously thin.

Prof Hay, chair of the Mental Health Board at the University of Western Sydney and an internationally recognised expert on eating disorders, warned that the trend towards decreasing weight for fashion models needed to be reversed.

The weight of some models was “very unhealthy, very low” and, in some cases, had reached World Health Organisation levels of severe starvation.

Prof Hay told The New Daily that while the Australian fashion industry currently had a voluntary code of conduct to encourage healthy body image, she favoured the introduction of legislation that would enforce a limit on the weight of models .

“It would mean people who are of an unhealthy weight could no longer expect to be depicted in the fashion industry,” she said.

Eating disorders are estimated to affect about one million Australians and the numbers are rising, especially among women and the young.

Latest figures released to The New Daily reveal that admissions to Queensland hospitals of people aged 13-19 with eating disorders jumped 20 per cent in 2013-14.

Prof Hay said behaviours to manage weight and shape were rising “quite rapidly” in Australia.

Studies in South Australia over a 10-year period found a two-fold increase in significant eating disorder behaviours in both women and men. Extreme dieting, fasting, purging and compulsive exercise were becoming increasingly prominent, she said.

How skinny is too skinny?

According to WHO guidelines, an adult with a BMI below 18.5 is underweight, 18 malnourished and 17 severely malnourished. By comparison, the average model – who is 1.75m tall and weighs 50kg – has a BMI of 16.

Calculate your BMI with the Heart Foundation’s calculator here

French fashion agencies now face up to six months’ jail and fines of about $100,000 for hiring undernourished models. The legislation requires models to produce a medical certificate proving they have a healthy BMI. Although the French minimum BMI level is yet to be set, Israel bans any model who has a BMI of less than 18.5.

A prominent eating disorders support group has backed Prof Hay’s call for laws to enforce a minimum BMI for models.

“When any person has negative views or attitudes towards their bodies and are exposed to constant images of thin fashion models as being the norm, then it definitely increases the risk of them developing eating disorders,” she told The New Daily.

“If society is bombarded with images of dangerously thin bodies and shapes, we will continue to create a culture that puts people’s health and well-being second to a number on a scale.

“The most sensible approach would be to promote diversity in body shape, weight and culture to accurately reflect the real situation in society.”

Ms Marks said the idealisation of thin bodies and promotion of excessive weight loss occurred not only in the fashion industry but in all forms of social media, advertising, schools, clubs, sporting teams, gyms and every day social circles.

“We believe that ongoing therapy and support as well as education and prevention programs to curb social and mainstream media messages that adversely impact on body image, self-esteem and health must occur in order to decrease the incidence of eating disorders,” she said.

Despite mounting pressure for more direct action, the Federal Government continues to oppose regulating the weight of fashion models, maintaining it is the responsibility of the industry.

Minister Assisting the Prime Minister for Women, Senator Michaelia Cash, told The New Daily that cultural change was needed to encourage healthy role models in popular media, on fashion runways and in the windows of clothing stores.

“Legislation alone cannot be seen as the only way to achieve a desired cultural change,” she said.

“Clearly we do not want to be promoting an unhealthy body image, particularly to young impressionable girls, however legislating against a particular body size is not the answer.

“Industry must lead this change and I believe in recent years we are seeing positive change in this space, however we must continue to build on this progress.”

Eating Disorders Association of Queensland provides information, referrals and support for people affected by eating disorders in the state and can be contacted on (07) 3394 3661 or 1300 550 236