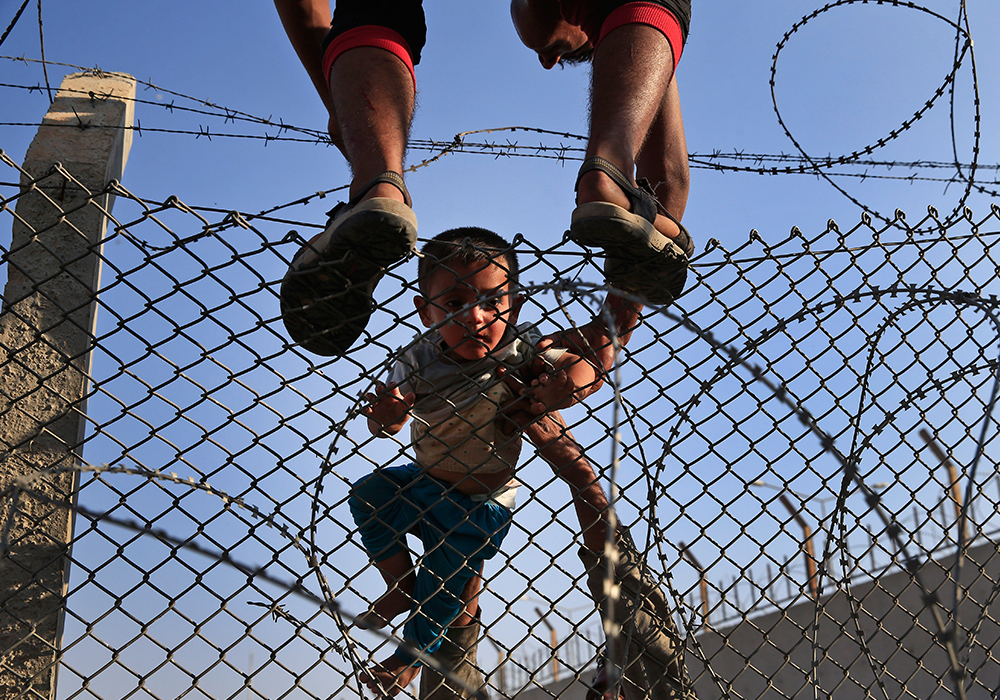 One in every 122 people on earth is now considered to be either a refugee, internally displaced, or seeking asylum, according to new data.

The global scale of the problem was highlighted last week by a United Nations report which said there were now more displaced people on earth than at any other time in human history, including World War II.

For Australians, the debate over how to manage asylum seekers has been raging for nearly 15 years, triggered by the Tampa and ‘children overboard’ affairs. And like many other nations, Australia is still struggling to find the right balance in how it deals with the problem.

Some argue that the financial burden of asylum seekers is too great for us to bare, and that ‘illegal’ arrivals breach the nation’s borders. Economics and national security underpin this view.

On the other hand, advocates remind people that asylum seekers deserve our protection no matter the cost. This view puts humanitarianism first.

So who’s right? In all likelihood, a sensible, lasting solution involves both sides of the debate, but getting the balance right is despicably hard for politicians. We take a look at the facts to find a middle ground.

“The most decent and humane thing you can do is stop the boats,” Prime Minister Tony Abbott has declared.

The Coalition has been steadfast in its belief that stopping the boats is the best thing for asylum seekers.

If the federal budget is the primary concern, the right course of action would be to stop the boats and compel asylum seekers to find another way onto Australian soil.

The current policy dictates that any asylum seeker who arrives by boat must be sent for mandatory offshore processing.

In 2014, the National Commission of Audit found that offshore detention cost approximately $440,000 of taxpayer dollars per asylum seeker per year, but only $239,000 to process an asylum seeker in an onshore centre.

When asked whether the government had plans to continue offshore processing given the cost analysis, a government spokesperson said the Coalition was “committed to regional processing and resettlement arrangements” as a long-term policy to “stop the boats and prevent deaths at sea”.

As for refugees ‘stealing’ jobs from Australians, most bridging visas have no work rights and there are significant language and qualification barriers for many asylum seekers.

According to refugee advocates, the most “decent and humane” thing Australians can do for asylum seekers is not to force these people to return to unsafe territories.

“Our politicians have no moral compass, no courage and no willingness to do the right thing,” Asylum Seeker Resource Centre CEO Kon Karapanagiotidis told The New Daily.

Australia’s policy may be preventing deaths at sea, but it’s forcing asylum seekers on other dangerous sea journeys or to stay in Indonesia, a place where they are not protected by the United Nations’ 1951 Refugee Convention.

This convention, of which Australia is a signatory, also outlines that detention centres must serve as a processing centre, not a punitive facility.

However, a recent report found that 34 per cent of children in detention had severe mental health issues.

Human rights barrister Julian Burnside believes that future generations will be forced to apologise for the severe human rights abuses in mandatory detention.

“The next generation will see something in the national parliament equivalent to the Apology to the Stolen Generations,” Mr Burnside said.

The UNHCR estimates that there are 59.5 million forcibly displaced people in the world right now and says this figure will continue to get worse as conflicts like those in Syria continue.

Until this figure comes down, no government policy is going to completely stop asylum seekers attempting to come by boat.

Speaking at a recent event, Iranian refugee Ali Bakhtiarvandi said that as a political activist, he risked a militant group removing his eyeballs with forceps if he’d stayed in Tehran.

Yet the PM says that it would have been more humane to force this man to stay behind than risk his life and make it to Australia.

Is a genuine compromise possible, a solution that balances all the competing policy, economic, humanitarian and political demands?

Mr Karapanagiotidis says Australia now has the opportunity to build an original framework and safely resettle people directly from Indonesia.

But he believes there will be no solution until a major political party is willing to make a bold change.

“The barrier is a lack of political will on both sides,” Mr Karapanagiotidis said.

“Without an opposition it’s not going to shift … We are in a place of no return, the only hope is if Labor is willing to be an opposition,” he said.

“The best way to stop boats is to give someone another option … increase the number of people resettled directly from places like Malaysia and Indonesia.”

However, given deterrence is such a strong part of what the Coalition says has stopped the boats, Ms Taylor says she can’t see a middle ground being reached soon.

In terms of national security, Mr Karapanagiotidis says there is no relationship between asylum seekers and terrorism in Australia, despite the government using asylum seekers as part of the terrorism narrative.

Until we can control the conflicts in places like Syria and Afghanistan to stop the stem of asylum seekers, we can only change what we do control: the policy.

This alternative not only meets the economic benefits that a ‘stop the boats’ policy creates, it also ensures that Australia fulfils its moral and international obligations.