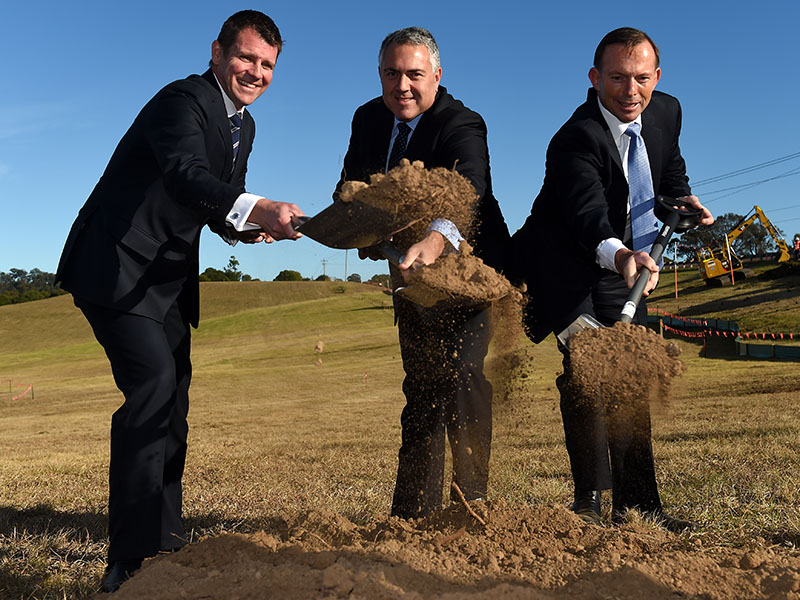 Treasurer Joe Hockey may have been trying to divert our attention away from the gay marriage debate back to matters economic, but he managed to dig himself even deeper into a political hole with politically sloppy comments on housing affordability this week.

The PM and Treasurer set themselves up as the saviours of first home buyers earlier this year when they announced a crackdown on cashed-up foreigners buying up Australian homes and properties.

So the pressure was on once Labor and the Greens started making noises about cracking down on cashed-up Australians, namely those who use negative gearing for tax breaks, while the head of the Treasury said Sydney and parts of Melbourne were indeed experiencing rapidly escalating house prices.

Mr Hockey probably thought he was on safe ground saying that aspiring home buyers just needed to get a “good job” – for working hard and profiting from one’s endeavours is a foundation stone of Liberal Party philosophy – but he obviously didn’t stop to think how the throwaway line would incense the unemployed and low-income earners, not to mention sending social media into a frothing hate-spiral.

It certainly didn’t help that Hockey paired that quite reasonable statement with a nonsensical one, claiming “if housing was unaffordable in Sydney nobody would be buying it”.

The ensuing outrage in both traditional and social media forums included calls for greater scrutiny of MPs who use their away-from-home travel allowance to pay for a home instead of a hotel room when staying in Canberra to attend Parliament.

Interestingly, the MP who called for the greater scrutiny of parliamentarians’ travel allowance, Independent Senator Nick Xenophon, also wondered aloud whether the Treasurer’s comments weren’t an attempt to pitch home owners against renters: “I certainly hope that the Government isn’t hinting that if you’re a property owner that’s good and if you’re a renter that’s not so good.”

It’s not as if the government has form on such matters; like boasting about making it difficult for some forms of clean energy to expand in Australia simply to pander to the prejudice of pivotal Senate crossbenchers, for example.

Or to use ever-more shrill language to imply the PM is the only thing standing between innocent Australians and “a gun or a knife” brandished not only by dual nationals with no care for their Australian citizenship, but other terrorists.

“Daesh is coming, if it can,” the PM told a meeting in Sydney this week, “for every person and every government with a simple message: submit or die … You can’t negotiate with an entity like this, you can only fight it.”

It also emerged this week that Mr Abbott’s use of the term “death cult” could actually be assisting Daesh in its propaganda campaign.

It ain’t over til it’s over

Hardliner MPs issued a warning through one conservative media commentator that the marriage equality issue was a line in the sand for Prime Minister Tony Abbott, and that he would lose support in the party room if he allowed a free vote to take place.

Suggestions later emerged that the free vote could be decided by the joint Liberal and National party rooms, which is uncommon, and more likely to see the proposal defeated because most Nationals oppose same-sex marriage.

In any case, it’s still not clear whether there are enough supporters of marriage equality in the parliament to pass such legislation.

In the meantime, Labor leader Bill Shorten is facing uncomfortable questions about his previous life as a senior union official.

The witch-hunt known as the Royal Commission into Trade Union Governance and Corruption has received evidence about an agreement made by the Australian Workers Union around the time Mr Shorten held leadership positions in the union.

The 2006 agreement with Cleanevent traded $2 million of penalty rates for the company’s staff in return for a payment of $25,000 a year to the union.

The AWU has reportedly applied to the Fair Work Commission to scrap the deal, and the pressure is on Mr Shorten to explain what, if anything, he knew about it at the time it was negotiated and agreed.