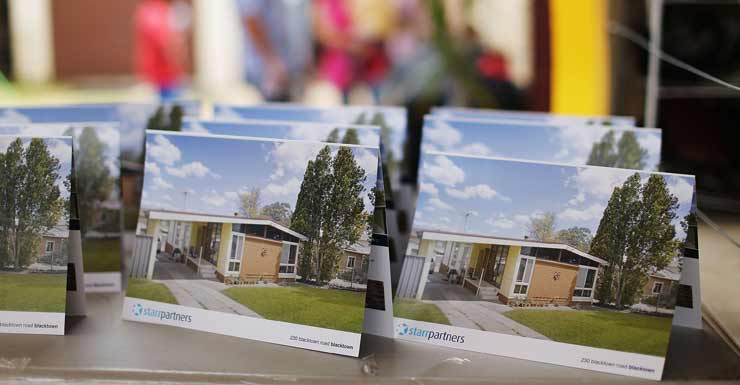 Treasurer Joe Hockey has been accused of insulting families and single people by telling them to go out and “get a good job” if they wish to purchase a home.

Speaking on Tuesday, Mr Hockey said that all people needed to buy into Australia’s hot housing market was “a good job”, and then “you can go to the bank and you can borrow money”.

While conceding that house prices in Sydney were “inflated”, Mr Hockey denied the market was becoming unaffordable for first home buyers.

Fact check: Why Hockey’s ‘get a job’ comments are absurd

“If housing were unaffordable in Sydney, no one would be buying it,” he said.

“That’s just an insult to the nurses, the teachers, the people who are working hard, who just are finding it very hard to break into the housing market,” Mr Bowen said.

“This is Joe Hockey’s ‘poor people don’t drive cars’ moment all over again.

“The Treasurer is completely out of touch, he completely misunderstands the Sydney housing market, and he just can’t help himself. He just insults people who are hard workers at every opportunity.”

“Not everyone has the luxury of simply switching to a better paying job. If only it was so easy,” she said.

“The reality is there are nearly 800,000 people who can’t get a job right now, with five people competing for every available job vacancy.”

Young people: ‘what about us?’

But Katie Acheson, the managing director of Youth Action, which lobbies for youth issues, said one question would be on young peoples’ minds.

“I think they’d be really keen to find out how exactly they can get that good job with good security that they could afford the exorbitant prices in Australia,” she said, noting the youth unemployment rate was twice the national figure.

“A lot of young people still have that Australian dream, but it’s very much slipping through their fingers.”

Australia’s housing markets are on an 11-year trend of increasing unaffordability, according to an international study that puts Melbourne and Sydney in the top five most unaffordable world markets for buyers.

In fact, the Demographia study of housing affordability in 2014 showed that there is not one capital city in Australia where housing could be considered affordable.

Housing is severely unaffordable in all markets, according to the survey, which compares median wages against median house prices.

“For the 11th year in a row – each of the years the Demographia International Housing Affordability Survey has been published – all of Australia’s five major metropolitan areas were severely unaffordable,” the survey reported.

Among cities with a population of more than two million, Sydney was third-least affordable and Melbourne was fifth.

According to the Australian Bureau of Statistics, wages growth for the year to March 2015 was 2.3 per cent, the lowest since the ABS began recording the figure in 1998.

This figure has lagged behind the growth in house prices in 2014 in Sydney, 12.2 per cent and Melbourne 4.5 per cent, according to the ABS.

That is why some of Australia’s top economists have backed the story that house prices have grown out of control, or what’s known as a ‘bubble’.

Early in June during Senate Estimates Committee hearings, the bubble theory gained backing from John Fraser, the head of the Federal Treasury.

“When you look at the housing price bubble evidence, it’s unequivocally the case in Sydney. Unequivocally,” Mr Fraser said.

“Frankly, whatever the data says, just casual observation can tell you it’s the case.”

“I would say they are causing social harm because they are widening the gap between those who have houses and those who don’t, and freezing younger generations out of home ownership,” he told Fairfax Media.

Hockey’s ‘get a job’ comments an insult: opponents