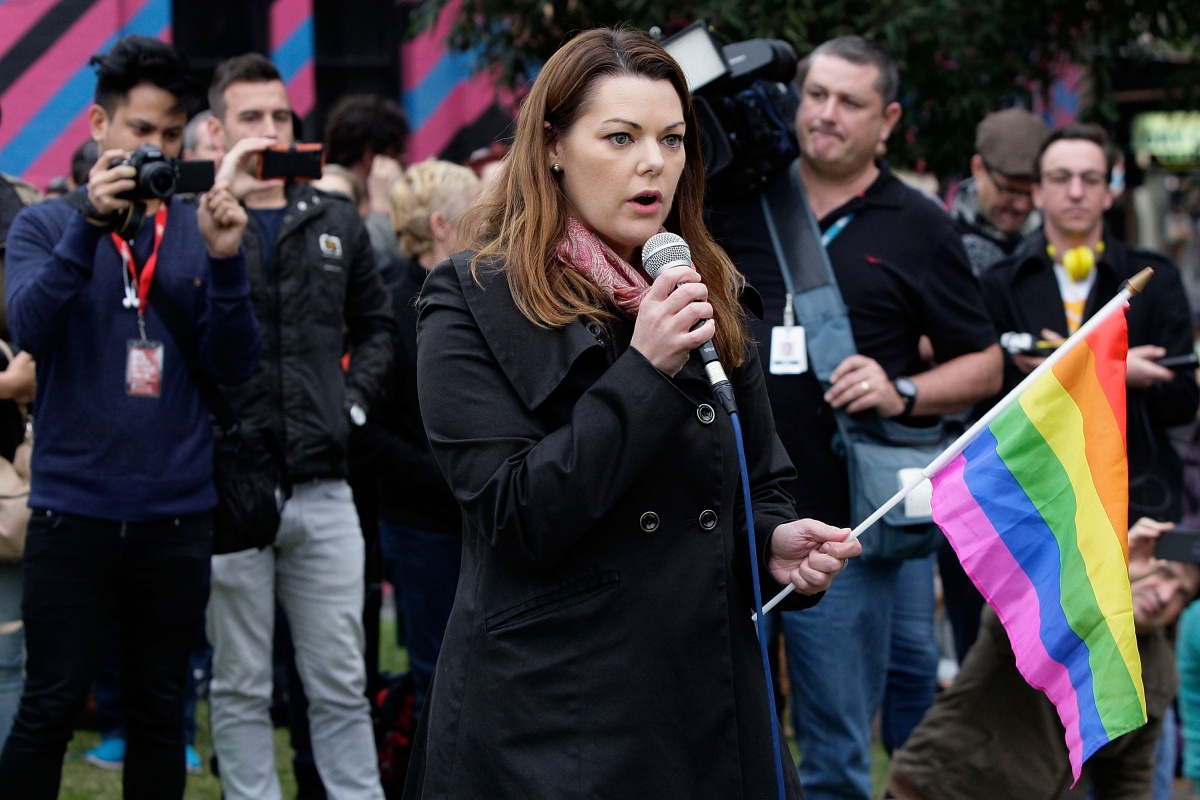 In a case of political ping-pong, Greens MPs who are staunch supporters of gay marriage are urging Labor to scrap its same sex marriage bill in favour of a multi-party approach.

Opposition Leader Bill Shorten will introduce a Marriage Equality Bill to parliament on Monday, and said “it’s time” to make equality a reality.

But the Greens could vote down the bill, with the party set to put forward its own Marriage Equality Bill for debate in the Senate on June 18, with a view to vote on November 12.

“I just hope that he recognises that here’s an opportunity to have a rare moment of unity.

Let’s put the competing bills behind us, let’s have one piece of legislation that we can all get behind.”

Mr di Natale said it was critical that politicians put politics to one side.

Greens Senator Sarah Hanson-Young spoke at a rally for a free vote for Marriage Equality on Sunday.

“Now, more than ever, it is important for all Australians to show their support for marriage equality, and send a clear message that the time is right for Australia’s leaders to take action on this matter,” Ms Sarah Hanson-Young said.

“Australians will prove today that cupid does not discriminate when it comes to love.”

Mr Shorten was hoping to garner support from the Federal Government to co-sponsor the private member’s bill.

But Prime Minister Tony Abbott has repeatedly said that while it was an important issue, he was focused on getting his budget passed.

“I’ve made it very clear that while this is an important issue the government has an absolute focus right now on getting the budget measures through parliament,” Mr Abbott said in a press conference on Sunday.

Queensland Liberal Warren Entsch, who was a supporter of gay marriage and proposed a cross-party draft law, said on Sunday he would not co-sign Mr Shorten’s bill.

But Mr Entsch told Fairfax Media he agreed to meet with Mr Shorten after the budget sittings that end on June 25, to try and come up with an “all parties” solution.

Mr Shorten told Sky News Monday morning that Labor had offered a multi-party approach on the issue for the “last 14 months” and they would continue to offer it.

“We believe in bi-partisan, and if Tony Abbott allows a free vote for his MPs, the marriage equality bill can happen,” Mr Shorten said.

He said same-sex couples should have the same rights and responsibilities as heterosexual couples.

“When someone has found not just another person they can live with, but a person they can’t live without … then they should have the same right to the true qualities of a bond that runs deeper than any law,” Mr Shorten said.

“We also send a message to all young, same-sex attracted Australians. We are proud of you, for who you are. You belong.”