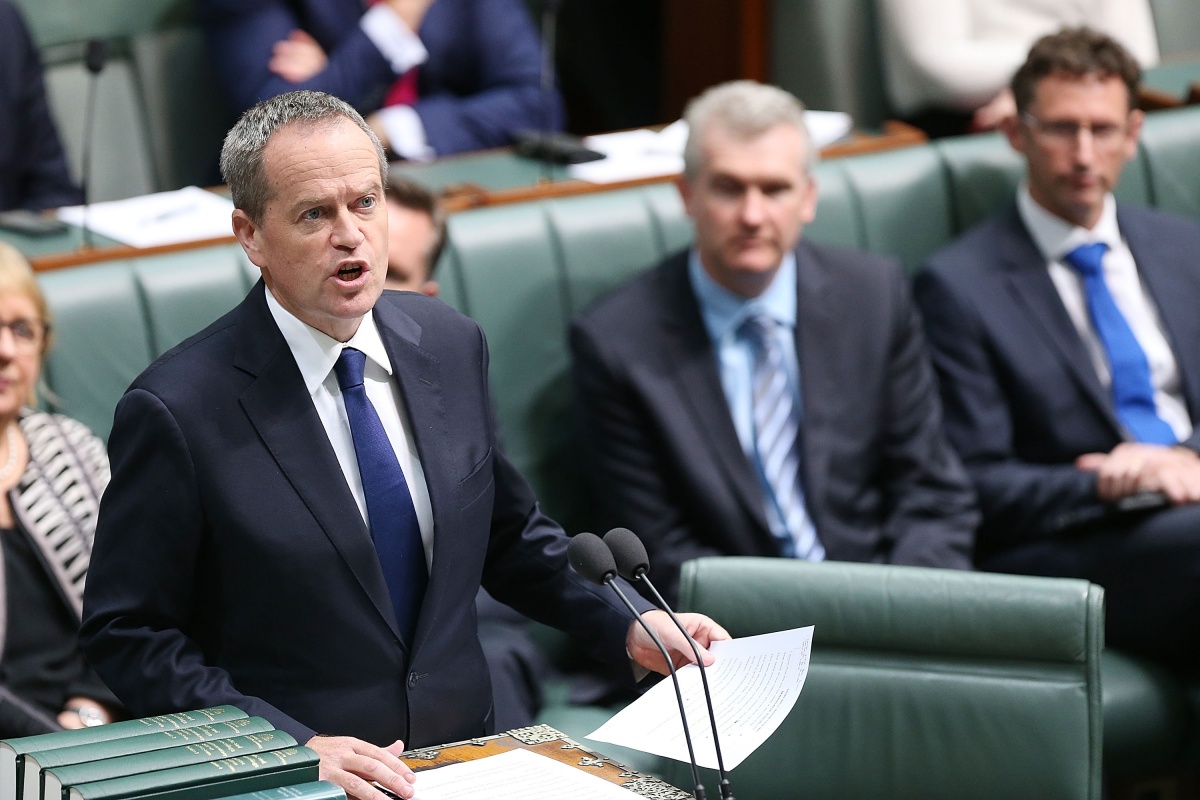 The bill, which appears likely to fail in the face of opposition from the Coalition and the Greens, proposes replacing the words ‘man and woman’ with the term ‘two people’ to define who can be legally married.

Mr Shorten said the current laws on same-sex marriage “no longer described modern Australia” and the new bill would recognise same-sex couples should have the same rights and responsibilities as heterosexual couples.

But despite the strong Labor showing, the Coalition side of the House of Representatives was almost empty, with less than a handful of government MPs in attendance.

There is no obligation on the Coalition to watch a private member’s bill be introduced, other than the required number of duty MPs.

Prime Minister Tony Abbott said at a press conference on Monday that while it was an important issue, he was focused on getting his budget measures passed.

“Every one of the Coalition members of parliament is focused on doing everything possible to get the budget measures through parliament in the budget sessions,” Mr Abbott said.

Mr Shorten has called on Mr Abbott to grant his MPs a free vote on the issue.

“We should never imagine this change is inevitable,” Mr Shorten said in his speech.

“We should never think it will just happen, we have to step up, we have to rise to this moment.”

“It’s time, time to make marriage equality a reality. Changing the marriage act is an overdue step in creating equality.”

The bill was seconded by Labor Deputy Leader Tanya Plibersek, and the debate was adjourned to a later date.

Mr Shorten said the new bill could relieve the pressure placed on gay people – especially the young  – within communities.

“Two out of five young (gay) Australians have thought about self-harm and suicide,” Mr Shorten said.

“We know young Australians identified as gay are six times more likely to take their lives.

“This marriage equality act says to our young gay people – you are never alone and you belong.”

He rejected criticism from Greens Leader Richard Di Natale that it was a mistake to “go it alone” and Labor should wait until there was support from all major parties for a piece of legislation.

“If Richard Di Natale’s waiting for Tony Abbott to support marriage equality, then it will never happen,” Mr Shorten said in an earlier press conference to his caucus.

Greens MPs are set to put forward its own Marriage Equality Bill for debate in the Senate on June 18, with a view to vote on November 12.

Mr di Natale applauded momentum towards legalising gay marriage, but wanted the multiple bills before parliament consolidated into a common piece of legislation.

Highlights from Bill Shorten’s speech to the House