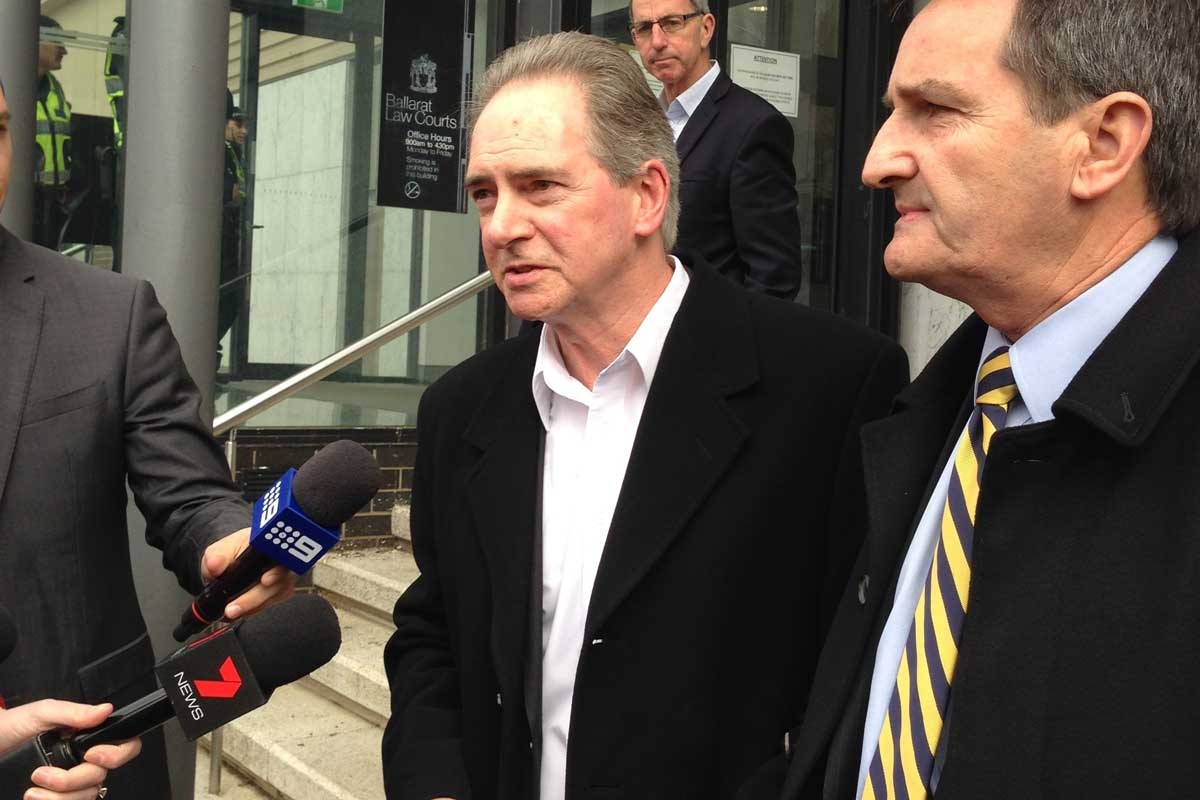 The confessional has no honesty or substance if a priest can be absolved after admitting he has abused children, a bishop says.

“It’s not yet public, but we have heard from at least one priest who confessed to his confessor, and in that way reconciled his offending behaviour, which continued with his belief in God,” Justice McClellan told the commission on Friday.

“That throws up a rather startling illustration of how the confessional might be misused, doesn’t it?”

Ballarat Bishop Paul Bird agreed that would be a terrible misuse of confession.

“Basically it lacks honesty, it lacks sincerity, because confession is meant to be a conversion from offending, from doing wrong, to taking up a new way of life,” he told the commission’s Ballarat inquiry.

“If it’s such a serious matter as a crime, to treat it as though it was something that one could confess, I think to me that is simply a shell of a ritual, it has no substance.”

While Bishop Bird had not heard a confession of child abuse in his 40 years as a priest, he said that would be confessing both a sin and a crime.

He would tell them to go to the authorities.

“I wouldn’t give them absolution.”

But presented with the dilemma of a priest abiding by the teachings of the church and respecting the seal of confession, or reporting someone to police, Bishop Bird said he would have to think about it.

“What I’m trying to balance there is the tradition or the value of confidentiality, which in regard to the confessional for the church’s history has been treated as absolute.”

Bishop Bird said if a child came to him and said they were being abused, it would not be breaking the seal of confession.

Father Adrian McInerney, the parish priest at St Alipius Parish in Ballarat East, has told the commission he has not heard a confession of a crime but if he did he would be compelled to go to police.

Ballarat abuse victim Gordon Hill, 72, said a confession of a crime should not be kept secret and police should be told.

“If the police had have done something in the first place a lot of this wouldn’t have happened,” he said of widespread abuse by clergy in the Ballarat diocese.

Senior counsel assisting the commission Gail Furness SC said the inquiry had heard successive bishops effectively heard priest Gerald Francis Ridsdale admit his offending – outside the confessional – in the 1960s, `70s and `80s and did nothing to stop him.

She said the evidence was that they facilitated his offending by moving him from parish to parish.

The commission has heard that then-Ballarat Bishop Ronald Mulkearns knew in 1975 that Ridsdale had abused boys, but did not suspend his priestly faculties until 13 years later.

A complaint was made against Ridsdale in the year following his July 1961 ordination, when then-Ballarat Bishop James O’Collins told him if it happened again he would be dismissed from the priesthood.

The commission finished its two-week public hearing in Ballarat on Friday but will return to the city in November or December.