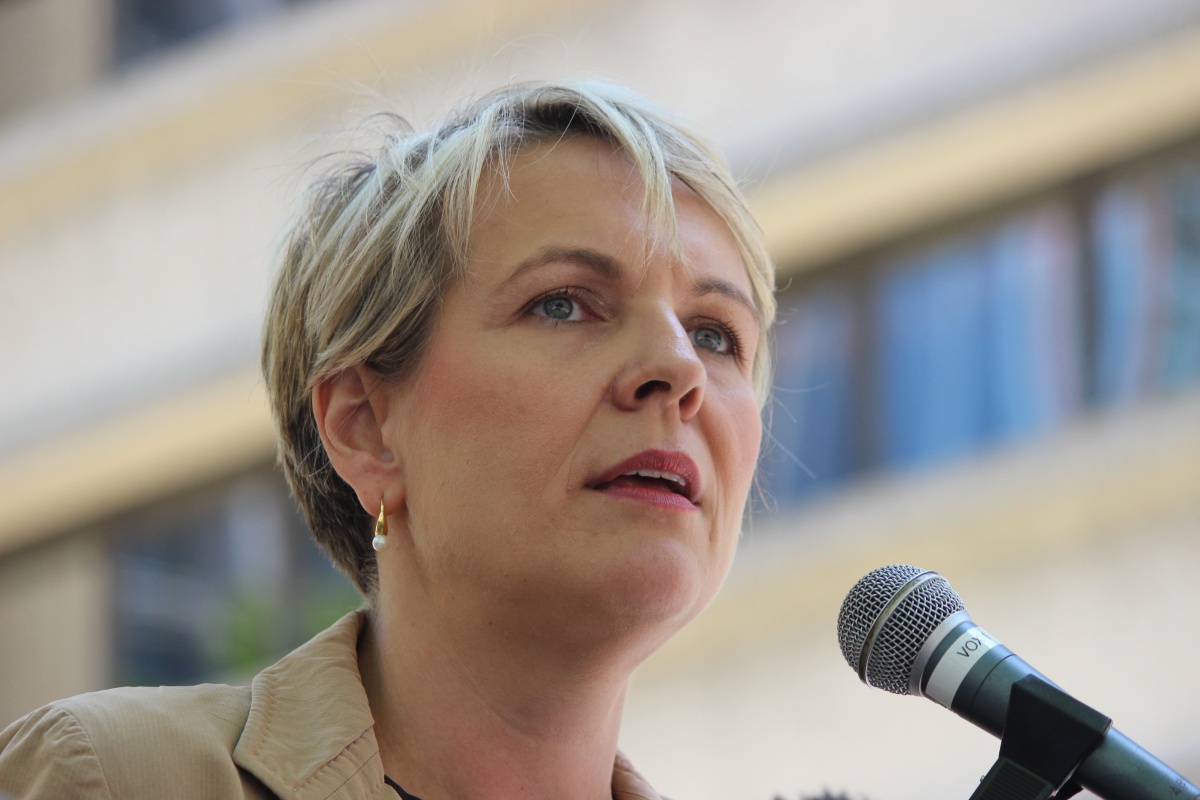 Deputy Labor Leader Tanya Plibersek is refusing to say whether she will attempt force her colleagues to support same-sex marriage legislation to be introduced to parliament Monday.

On Wednesday morning Ms Plibersek dodged questions from reporters about her previously announced plan to force a binding ‘yes’ vote on Labor MPs.

This comes as Opposition Leader Bill Shorten confirmed on Tuesday that Labor would move a bill to legalise gay marriage, granting MPs a conscience vote on marriage equality.

Ms Plibersek has been pushing for a binding vote in favour of the issue, which was set to be debated at the ALP’s national conference in July.

But by Wednesday morning, she was coy about the plan.

The Coalition’s current position is to vote ‘no’ to any attempt to allow same sex marriage.

“We’ve had quite a few Liberals this week saying that Tony Abbott should allow their side of politics a free vote also.”

Ms Plibersek said the bill wasn’t about the “mechanism” but about the substance of the legislation – for the state and community to recognise marriage equality.

“I don’t expect the church to recognise same sex marriage,” she said.

“But I believe that any couple … who meets the legal requirements should be able to got to a registry office or see a marriage celebrant and have their marriage recognised by the state.”

When questioned about the bill at a press conference on Wednesday, Prime Minster Tony Abbott said: “It is an issue where decent people can differ; there are different views inside parliament, inside parties and inside families – as you know in my own case.”

“We need to see mutual respect of all the different views on this debate. This is a very important subject, I take it seriously.

“If the matter is coming again before the parliament for vote, it’s a matter the party room will consider.”

Meanwhile, controversial radio jock Allan Jones, and friend of Mr Abott, spoke on Sky News about the bill Tuesday night, saying: “Anyone who finds love should be able to celebrate it” and “some notions of marriage are archaic”.

Independent Senator Nick Xenophon said he continued to support same-sex marriage and backed a free-vote on the bill.

“Gays have every right to be as miserable as homosexuals (in wedlock),” Mr Xenophon said at a press conference on Wednesday.

Mr Shorten plans to introduce the bill to parliament on Monday.

The move follows an announcement by the Greens that their Marriage Equality Bill would be brought on for debate in the Senate on June 18 with a view to vote on November 12.

“I know this private members bill will not have the universal support of my colleagues,” Mr Shorten said.

“It will challenge the deeply held personal beliefs of MPs and senators on both sides of politics.

“This is why Labor members have the freedom to vote their conscience, a freedom Tony Abbott is currently denying his party.”