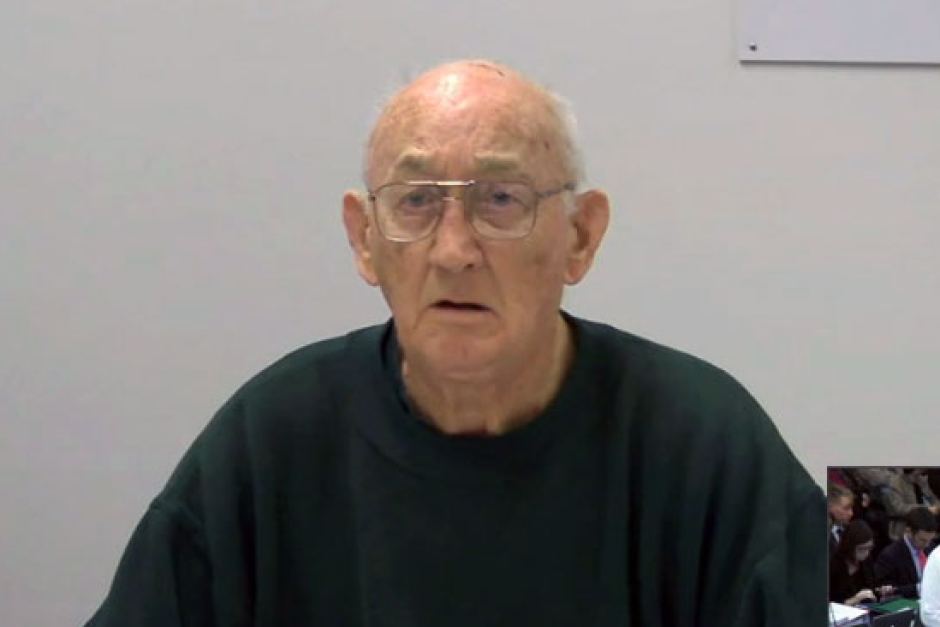 Gerald Ridsdale knew he was committing “serious sins” and hurting the children he sexually abused, yet he never stopped nor thought for a moment about the lives he was destroying.

Australia’s worst paedophile priest can’t even remember the names of all the children he abused over four decades.

Hearing that one boy would not let anyone touch him after the abuse, the 81-year-old said he never thought about the impact of what he had done.

“I didn’t know that then, but I do now,” Ridsdale told the child sex abuse royal commission’s Ballarat inquiry.

He was only concerned for his own sexual gratification? “That’s right.”

Ridsdale admitted he hurt the children.

“I knew it was wrong. It was morally wrong and it was legally wrong,” Ridsdale said via videolink from jail.

“Yes, they were serious sins.

“I’d be fearful all the time of someone reporting me.”

Yet those admissions did nothing in victims’ eyes, outweighed by the many “I don’t remember” answers.

Some victims walked out of the hearing, disappointed that he dashed their hopes he would provide the key to unlocking concealment by those who simply moved Ridsdale from parish to parish.

“There’s no way that paedophiles could have operated in Ballarat as a group in the ’70s and ’80s and got away with all that and just been moved around without that being facilitated by the people above them,” clergy abuse victim Andrew Collins said.

Lawyer and Monash University doctoral researcher Judy Courtin said Ridsdale’s selective memory was like a final kick in the guts for survivors and their families.

“He’s got nothing to lose, why doesn’t he just fess up and tell the truth.”

Ridsdale could remember nothing of Cardinal George Pell, despite the priests sharing the Ballarat East presbytery in the early 1970s and then-Bishop Pell accompanying Ridsdale to his first court appearance in 1993.

Ridsdale maintains he had never talked about his offending to anyone, including friends, family or fellow priests, even in confession.

Commission chairman Justice Peter McClellan said Ridsdale accepted Ballarat Bishop Ronald Mulkearns knew he was sexually assaulting children, and asked if other clergy in the diocese would also have known.

“It makes sense that some would have known, because word would have got around, but I don’t know who,” Ridsdale said.

“It’s just something that’s not talked about.”

Ridsdale admitted he wouldn’t have told the truth anyway if confronted.

“That’s all part of the paedophile thing; the deceit, hiding things, cover up, trying to look good.

“That’s what I was doing all the time, all my life.

“Looking back on it, I think that the overriding fear would have been losing priesthood.”

He said the only time he’d felt closeness with adults in his life was a three-year close relationship with another prisoner.

Ridsdale has been in jail since 1994, convicted in four separate court cases of abusing more than 50 children.

The first complaint came in 1962, the year after he was ordained. Then Ballarat Bishop James O’Collins warned Ridsdale that “if this thing happens again then you’re off to the missions”.

Ridsdale says that should actually refer to being “off the mission”, meaning having the priesthood taken away or being removed from parish work.