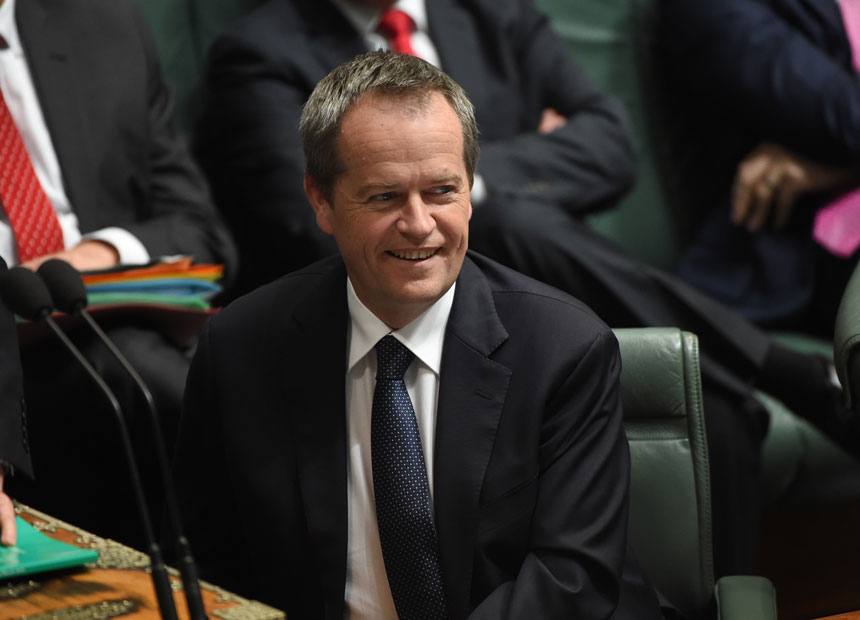 A vote on same-sex marriage in federal parliament is looming, with Labor to move a bill next week and MPs predicting legislation will pass by the end of the year.

Opposition Leader Bill Shorten has moved to head off a Greens bill by announcing he would bring his own legislation to parliament on June 1.

“I have given notice that I will move a bill on Monday which will finally bring about marriage equality in Australia,” Mr Shorten tweeted on Tuesday.

• Tampon tax to stay: Abbott
• No probe on Triggs inducement
• Citizenship changes to deal with terrorism

Opponents of the bill have begun to lobby, saying Mr Shorten had failed to consider the consequences of changing the definition of marriage.

Australian Christian Lobby director Lyle Shelton said it meant children would miss out on having a mum or dad.

“It is disappointing that Australia’s alternative prime minister is legislating a family structure which requires a child to miss out on their mum or dad,” he said following the announcement.

“I wonder if Mr Shorten has considered the consequences of changing the definition of marriage.

“We urge parliamentarians to vote against the bill.”

I have given notice that I will move a Bill on Monday which will finally bring about #marriageequality in Australia pic.twitter.com/sOdY3R2gb1

But Labor frontbencher Anthony Albanese said his reading of the numbers showed there was now a favourable majority in both houses of parliament.

In a surprise move, Mr Albanese torpedoed a push by his own Left faction for a binding vote on Labor MPs, calling for the retention of a conscience vote.

“It is now time for Australia to join the nations that recognise people should be able to marry the person that they love,” Mr Albanese told parliament.

“I strongly believe there should be a vote this year and it should be a conscience vote.”

He said Labor and the Liberals needed to respect that some MPs oppose the law change on the basis of their conscience.

However deputy Labor leader Tanya Plibersek has pushed for a binding vote in favour of the issue.

In an interview on ABC’s 7:30, Ms Plibersek was asked if all Labor MPs would be bound to support the bill, or if it would be subject to a conscience vote so that some could dissent.

“We’ve had quite a few Liberals this week saying that Tony Abbott should allow their side of politics a free vote also.”

Ms Plibersek was questioned why Labor was acting now rather than when they were in government.

She said there was now greater community support for the change.

“We changed 85 laws at the time, removed every piece of legal discrimination against gay men, lesbians and same-sex couples on the statute books,” Ms Plibersek said.

“This is a piece of unfinished business and both Bill Shorten and I were supporters of marriage equality in the past.

“We have the opportunity now as the leader and deputy to move this bill.”

Prime Minister Tony Abbott has declined his frontbenchers a free vote, leading to the defeat of Labor private legislation in 2012.

However, the weekend success of a same-sex referendum in Ireland has led to calls to act in Australia.

Cabinet minister Malcolm Turnbull expects parliament to legalise same-sex marriage before the end of the year.

“I have never seen a social issue which has changed attitudes as rapidly as this one,” he said, adding his feeling was that legislation was “very likely to pass”.

Liberal MP Russell Broadbent, who opposes the laws, said he would be in favour of a free vote within his party.

But cabinet minister Ian Macfarlane says same-sex marriage is not a priority issue for the government and he will oppose it based on the views of his conservative Queensland electorate of Groom.

Environment Minister Greg Hunt said he would be comfortable with allowing a free vote.

Recent polls have put public support for gay marriage as high as 72 per cent.