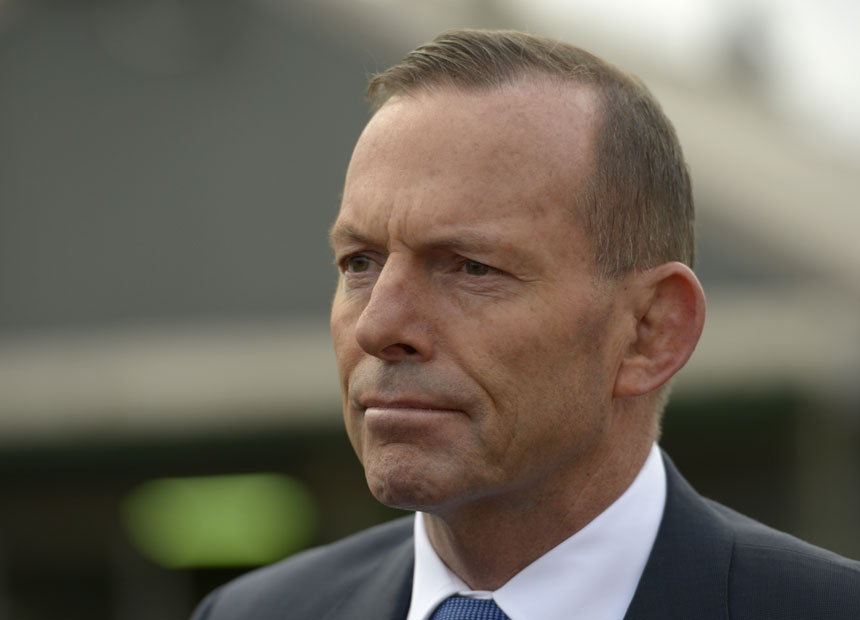 The Prime Minister has flagged the Federal Government will announce details this week of its plans to strip Australians involved in terrorism of their citizenship so they are no longer in the “bosom of our Australian family”.

The Government will use the return of Parliament tomorrow to focus on negotiating its second budget, but it will also turn its attention to national security.

Earlier this year, Tony Abbott announced the Coalition would amend the Citizenship Act so that dual nationals could be stripped of their Australian citizenship if they have been promoting, supporting or taking part in terrorism.

The Coalition is looking to expand that plan to reach those with sole Australian citizenship.

“I’m not going to go into detail because we’ll have more to say within a few days,” Mr Abbott told reporters in Brisbane.

“People who are fighting with terrorist groups overseas or who are engaged in terrorist activities here in Australia are effectively taking up arms against us and it’s very hard to imagine that we should allow to remain in the bosom of our country people who are trying to destroy us.”

The Government has already passed through Parliament bills to strengthen the powers of national security agencies, target so-called foreign fighters and retain internet and phone records for two years.

In a pre-recorded video message, Mr Abbott warned: “Australia faces a growing challenge from foreign fighters and from home-grown terrorists.”

“You can be assured that this Government will do everything in our power to protect our people and to stop radicalised and brutalised people from roaming our streets,” he said.

The Government is also seeking support from the states for a national approach to help identify students who are being radicalised.

Education Minister Christopher Pyne will ask state education ministers to sign off on a plan to have a federal committee develop a “deradicalisation in schools strategy”.

The Council of Education Ministers, which meets in Brisbane on Friday, would have to sign off on any curriculum changes.

A council briefing paper said “a national strategy to combat radicalisation and extremism in schools is required”.