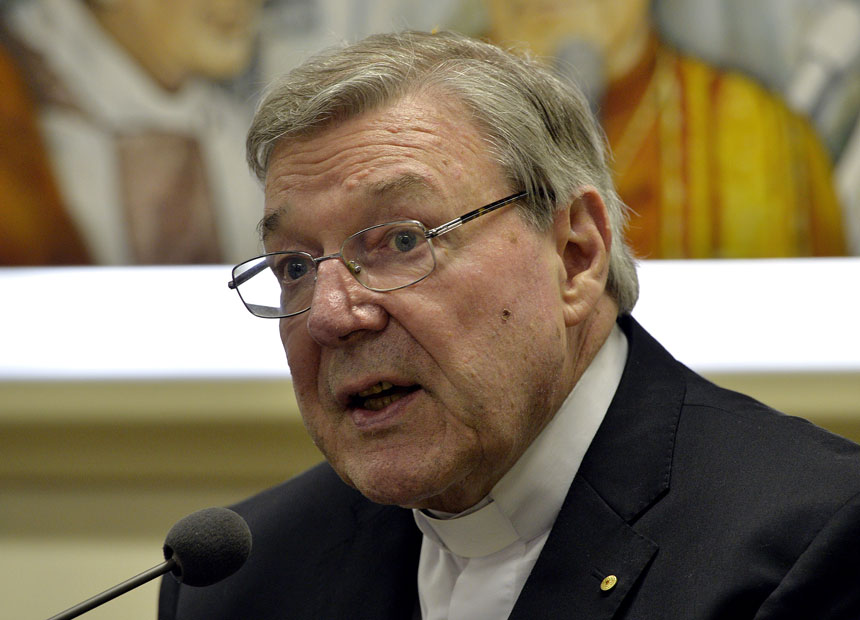 The buck stops with Cardinal George Pell who must return from Rome to answer allegations against him, child sex abuse victims have told the royal commission.

They say it’s inconceivable he did not know about the clergy abusing children in Ballarat while he was a senior priest in the city in the 1970s.

But Cardinal Pell, now the Vatican’s finance chief, has again rejected claims he tried to bribe one victim to keep quiet, ignored complaints and was complicit in moving Australia’s worst paedophile priest Gerald Ridsdale to a different parish.

Victim Paul Tatchell said responsibility for the abuse had to be taken by someone in the Catholic Church in Australia, and called on Ballarat-born Cardinal Pell to return from the Vatican and answer to the royal commission.

“He may not have the intestinal fortitude or the ability to see beyond his own vanity but it’s his ambition that got him there and it will take his humility to get him out of there,” Mr Tatchell told the commission hearing in Ballarat on Thursday.

“Time will tell if George can find an ounce of the courage you’ll bear witness to throughout these proceedings.

“You cannot seek atonement when you’re still in denial.”

Victim BAQ said then Father Pell and Ballarat Bishop Ronald Mulkearns must have known about the abuse at the Christian Brothers-run St Alipius primary school.

“If children from other totally separate primary schools in the area knew what was going on at St Alipius, I cannot accept that Bishop Mulkearns or Father Pell didn’t know what was happening,” he told the commission.

Several commission witnesses say Cardinal Pell knew or might have known about the widespread abuse in Ballarat.

He lived in a presbytery with Ridsdale who was abusing boys at St Alipius.

And, as Episcopal Vicar for Education in the Diocese of Ballarat from 1973 to 1984, presided over St Alipius where four Christian Brothers were paedophiles.

In a media statement sent from the Vatican, Cardinal Pell denied having a conversation with a victim who complained about abuse, and that he would never have condoned or transferred Ridsdale if he had known he abused children.

He also reiterated his sworn denial that he tried to bribe Ridsdale’s nephew.

“The crimes committed against them by priests and brothers are profoundly evil and completely repugnant to me,” Cardinal Pell said in his statement.

Commission chairman Justice Peter McClellan has made it clear that Cardinal Pell will be required to respond to the allegations.

Cardinal Pell and the church’s lawyers say he will willingly make a statement if the royal commission requests it.

Abuse victim Andrew Collins says the former Sydney and Melbourne archbishop should appear before the commission.

“I think it was a bit of a coward’s way out to make a statement in the media that can’t be cross-examined or tested. He should come back, take the oath and do it under oath.”

Lawyer and doctoral researcher Judy Courtin says, as Australia’s most senior Catholic clergyman, Cardinal Pell should be in Ballarat “facing the music”.

“The reality is you’ve got all these witnesses giving sworn evidence; they weren’t cross-examined by the church,” she told AAP.

Church lawyers have avoided cross-examining victims in the hearing but say they might recall one or more of them.