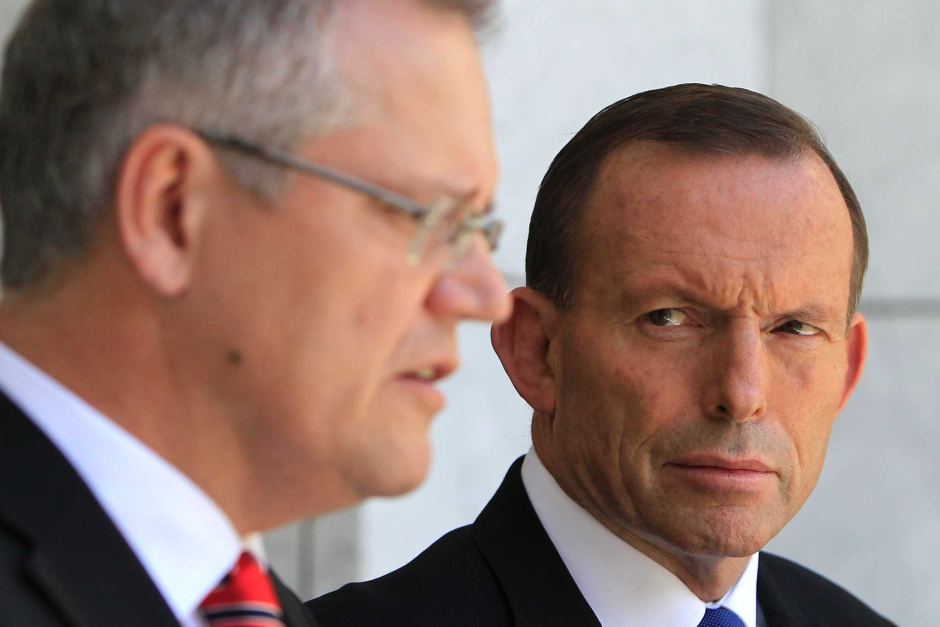 Under measures in the budget, mothers will no longer be able to claim paid parental leave from both their employer and the Government.

Treasurer Joe Hockey on Sunday agreed with Channel Nine journalist Laurie Oakes that getting money from both schemes was “basically fraud”.

“Well, it is, in many cases it’s mostly people who go on parental leave that earn more than $90,000 a year,” Mr Hockey said.

“But there are people at various levels who have been claiming parental leave payments from taxpayers, as well as from their employers.”

The next day, Social Services Minister Scott Morrison told Sky News that being able to benefit from both schemes was a “rort”.

It was in response to a question about whether he considered an employer paying a lawyer six weeks maternity leave was generous.

Mr Morrison said: “Well, she will get the balance through the paid parental leave scheme which is provided by the taxpayer.

“She will get the same thing as someone working for the bakery, and that’s the important thing here – we are getting rid of what is an inequity and frankly in many cases I think is a rort.”

“Claims that have been made by members opposite about statements by ministers in this Government are simply false,” he said.

Mr Morrison said he did not think the current arrangements were fair.

Liberal senator Arthur Sinodinos has taken a swipe on Sky News at the way his party has been selling the change.

“It’s not a good look to be having a go at the young mothers or new mothers of Australia,” he said.

“I think some of the language has been a bit unfortunate, we could be a bit more empathetic.”