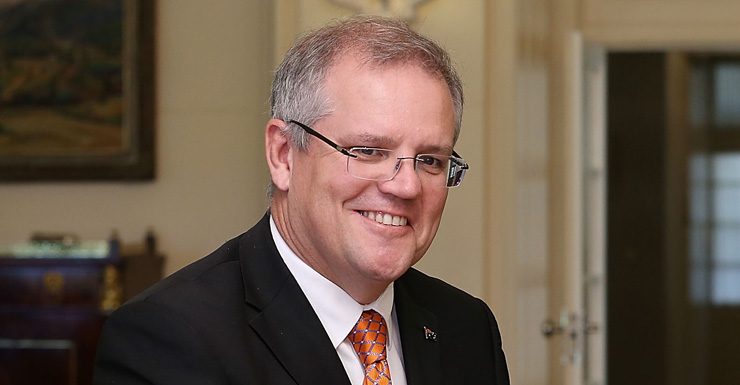 The social services minister laughed off the speculation during a Sky News interview on Sunday night and accused journalists of being preoccupied with gossip.

“All of this is just bunkum and rubbish, and what the government is doing is outlaying serious policies and serious changes that have been worked through with stakeholders and others to help Australia get to the next level,” Mr Morrison said.

“If people want to scribble around about gossip and other nonsense, well maybe they should be writing for gossip magazines and not pretending to be interested in serious public affairs.”

Mr Morrison has been ubiquitous in the lead up to the budget, appearing in almost three times of the number of interviews as Mr Hockey in the past week.

On Sunday, the social services minister delivered the government’s $3.5 billion childcare package with Prime Minister Tony Abbott while Mr Hockey was in Canberra.

Speaking to reporters in Sydney, Mr Abbott said it was Mr Hockey who had brought the budget together.

“I know he’ll do it in a really fine way on Tuesday night,” he said.

In a interview on Channel Nine on Sunday, Mr Hockey said he would not be distracted by the speculation and was determined to deliver a successful budget.

“There are people on the sidelines who like to heckle when someone is kicking for goal to try and distract the kicker, but this kicker is going to put it through the posts.”