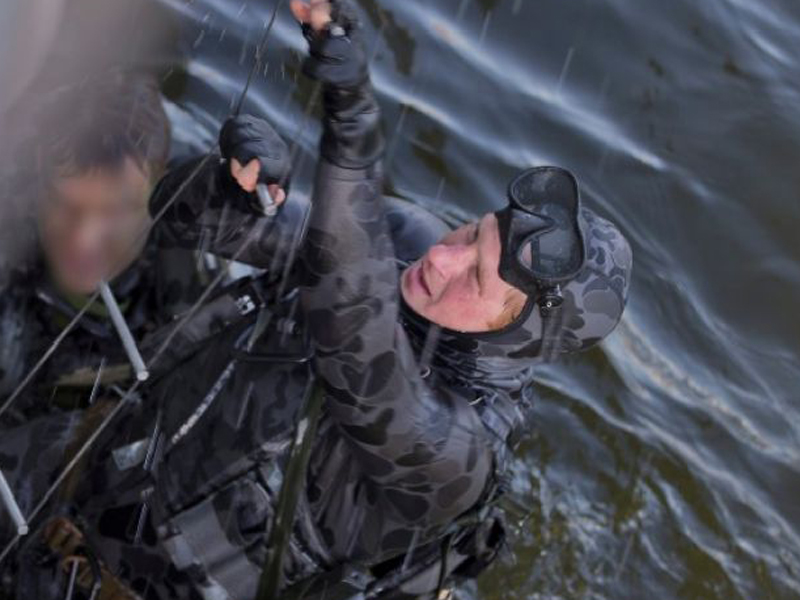 While his brother was busy introducing a princess to the world, Prince Harry was hard at work on his four-week secondment with the Australian Defence Force.

Despite the secrecy around his schedule, royal watchers are now enjoying a glimpse into Captain Harry Wales’ time in the Australian military courtesy of a series of photographs released by the ADF.

In a statement, the ADF said the Prince trained with soldiers of the Special Air Service Regiment and the 2nd Commando Regiment after his return to Australia following Gallipoli commemorations.

• Harry bids fans farewell
• Will royal baby ever reign?
• Harry in a spin over Aussie rules

Rappelling buildings, detonating IEDs and co-piloting an Army Black Hawk above Sydney were among his latest adventurous exploits as part of his exchange. “While at the Australia Army’s Holsworthy Barracks in Sydney, Captain Wales visited the high performance rehabilitation wing of the Soldier Recovery Centre,” the statement said, in a visit that aligns with the Prince’s ongoing charity efforts.

The release of the photos follows the official conclusion of Prince Harry’s attachment with the ADF.

On Thursday, he greeted excited onlookers at the Opera House at an event to mark the end of his month-long visit to Australia.

“After a busy couple of weekends, it was nice to have a chance to speak to members of the public as opposed to being locked in and working hard,” he said at the time.

“It has been fantastic and everyone has been amazing and I have felt unbelievably welcome.”

Meanwhile on the other side of the world, Prince Harry’s brother William and his wife Catherine, welcomed a new daughter, Princess Charlotte. “I have been given a hell of a lot of cuddly toys,” Prince Harry joked.

“I am looking forward to meeting her. She is beautiful.”