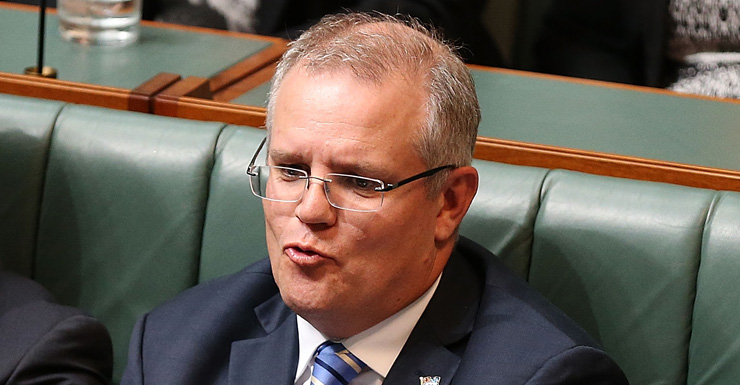 For political junkies and observers, this final week before the federal budget has been so jam-packed with politics it’s been almost impossible to keep up.

• Climate change a ‘plot to hijack democracy’
• Was Christine Milne pushed or did she jump?

So, if you’re having trouble remembering the key events of the week, here’s the busy person’s summary.

Ever since the minister took on the social welfare portfolio late last year, he’s been expertly softening up the media, the public, and of course the Senate on his proposed approach to reducing the burgeoning cost of Australia’s aged pension and reshaping the child care system.

According to one media report the minister has done 16 interviews in the past seven days compared with the Treasurer Joe Hockey, who’s done only four. Minister Morrison’s ubiquity is also hard to ignore given he’s regularly mentioned as likely to get the Treasury gig if Malcolm Turnbull were to become Liberal leader.

Rumours have also emerged that Government MPs are angling for the current Treasurer to be dropped if next week’s budget is received badly by the voting public.

Ironically, if Minister Morrison is successful in selling the pension reforms, this will be reflected in public approval for the overall Budget and help save Hockey’s hide.

Most memorable line or zinger

It was a blink-and-you-might-miss-it event, but early this week Opposition Leader Bill Shorten gave what was pitched as an important speech outlining Labor’s vision for the Australian economy, the party’s policy approach, and the measures by which they’d judge the upcoming federal budget.

Regrettably, it seems the same work experience kid from an ad agency who writes Mr Shorten’s zingers also had a hand in drafting the speech.

There was a clunky attempt to reference popular culture with a suggestion the Government’s approach is a “dystopian mix of The Hunger Games and Mad Max”, unwieldy metaphors like “economic touch-screen” and “Escher staircase economics”, and something about a “bright line of self-improvement” that should be running through our lives.

The speech ended with Labor’s attempt at an Abbott-like three word slogan, calling for a “smart, modern and fair Australia”, but it mostly left all but the most ardent Labor supporters feeling a bit ‘meh’.

There was a great deal of mystery surrounding one particular leak to the media this week that had nothing to do with the budget.

It suggested a member of the Prime Minister’s travelling party instructed an Australian ambassador’s same-sex partner to “wait in the car” while the ambassador officially greeted the PM as he disembarked from his plane for a visit to France last month.

Mr Abbott dismissed the incident as “trivia” and a minor detail that is left to junior officials; others suggested the staffer was merely following protocol that required spouses and partners of ambassadors to only be present if the PM’s spouse is part of the travelling party.

Yet if it was merely a mix-up over diplomatic niceties, some key questions remain.

Why did the ambassador insist on his partner remaining to greet the PM, and why did he later offer his resignation for doing so? How could a prime ministerial or diplomatic staffer be so clueless to put the PM in situation where he is seen to be snubbing a same-sex couple? And finally, who leaked the juicy foreign affairs incident to the media, and why?

The most exemplary politician of the week was undoubtedly former Greens leader, Christine Milne.

Senator Milne defied an ongoing destabilisation campaign within her party as well as from outside forces to spring a surprise resignation announcement on some colleagues this week. The move was followed by a swift transition to a new leadership team, which allowed the Senator to leave the party leadership on her own terms and with the Greens’ reputation for peaceful leadership changes intact.

However, Senator Milne also delivered us with the WTF moment of the week when she declared during a farewell address to the National Press Club that the Greens will become “the dominant political and social influence of this century” and will form government in their own right “at some point during this century”.

This is a big call for a minor party that may have already reached its peak in voter support. And yet the new Greens leader, Richard Di Natale, certainly has the potential to broaden the party’s appeal beyond that of tree-huggers and bleeding hearts.

In fact Di Natale has already expressed his ambition to lead a party of “traditional, mainstream” values.

If he is successful, frustrated and despairing moderate supporters of the major parties may well start paying more attention to the Greens as a viable alternative.