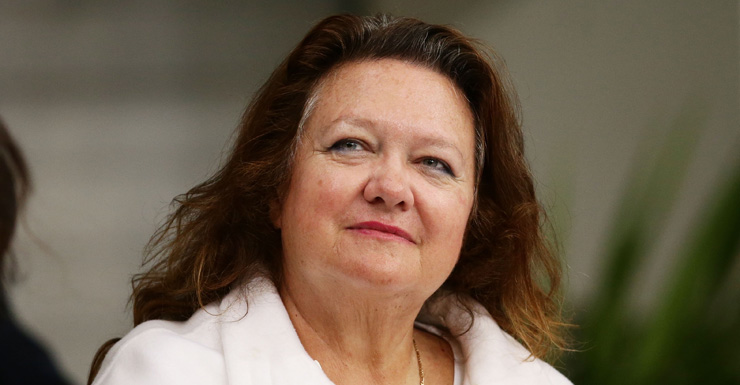 The two eldest adult children of billionaire Gina Rinehart described her as a “bully” and criticised her weight, a long-running legal dispute has revealed.

John Hancock and Bianca Rinehart, who have sued Ms Rinehart for alleged misuse of the family trust, made the derogatory remarks in emails exposed during the court battle.

• Rinehart tries to scuttle TV drama
• Family feud: how to prevent a war over money
• Bill Gates the richest man in history? Not even close

Mr Hancock reportedly described his mother as “fat” and “fatty” in emails dated between 2004 and 2006, the Federal Court heard in Sydney on Monday.

“You can send my correspondence and your reply to fatty,” he wrote to sister Bianca. “But at the end of the day you will still come off second best.”

“Fat would have quickly grown tired of supporting your shopping and leisure activities,” he said in another email.

In an affidavit, Bianca Rinehart alleged her mother ‘constantly bullied’ her into signing a legal document she now wishes to challenge.

“I was taking for granted that what my mother was presenting was the truth, as most children probably do,” she said under cross examination by her mother’s barrister.

The case brought by the siblings has alleged a “breach of fiduciary duty” by Gina Rinehart in the handling of a part of the family’s fortune, resulting in them receiving “virtually no” money.

Gina Rinehart is ‘fat’ and ‘a bully’, her kids say