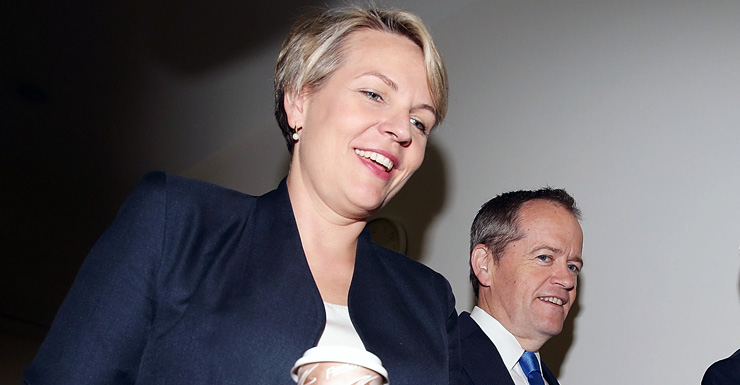 The Labor Party’s deputy leader Tanya Plibersek has edged ahead of her boss Bill Shorten in the popularity stakes for the first time.

Ms Plibersek has been rated by 23 per cent of voters as preferred Labor leader in a major opinion poll, two points ahead of Mr Shorten and 10 points ahead of Anthony Albanese.

The poll result was reported while Ms Plibersek acted as opposition leader during Mr Shorten’s absence overseas for Anzac Day.

The deputy has used her brief stint as leader to push for same sex marriage.

“It’s important for the Labor Party to say we don’t agree with legal discrimination,” the shadow minister told ABC Radio on Monday.

It was the lowest level of support for Mr Abbott in the Morgan poll since he took the leadership of the Liberals in December 2009.