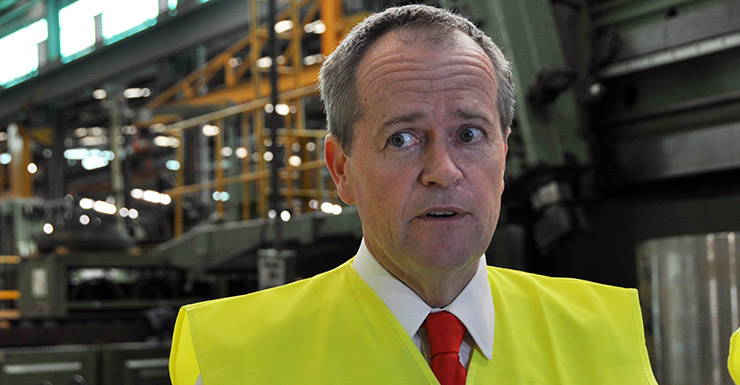 Federal parliament doesn’t sit for the six or so weeks preceding the federal budget, but that’s not to say politicians aren’t keeping busy. Some are taking overseas jaunts on the taxpayers’ dime, while others are placating cranky voters in their electorates.

Most of these activities are low-key and easily missed as voters get on with their busy lives. So here’s a short rundown on the key things that happened in federal politics this week.

Perhaps unsurprisingly, given the generally poor performance of all politicians at present, it was an ex politician who took this week’s MVP award. Former Treasurer Peter Costello chipped the Federal Government for relying too heavily on taxes and not enough on spending cuts to repair the budget, calling the promise of “lower, simpler, fairer” taxes a “morbid joke”.

Like all gratuitous advice, this pearl didn’t go down too well with Treasurer Joe Hockey, whose political future is tied to how the upcoming budget is perceived and received by the voting public. Of course, Mr Hockey could have reminded his Coalition predecessor that the state of the economy is partly the former Howard Government’s fault after it squandered precious billions on middle-class welfare.

The joker (best one liner or gag or ‘zinger’)

The best one liner was delivered by an unlikely candidate this week. Communications Minister Malcolm Turnbull has appeared on the cover of glossy gentlemen’s magazine GQ, resplendent in a sharp suit and bold shirt-and-tie combination. Lest anyone miss the significance, the words “Primed Minister” blaze from beneath the leadership aspirant’s cameo.

The photo is old, in fact, and taken from a former GQ feature on the MP in March 2013. The interview is current however, having taken place since the failed leadership spill in February.

According to GQ, Mr Turnbull has no intention of recasting his progressive persona to woo the Liberal conservatives whose support he needs to win back the leadership.

In a line that bests all of Mr Shorten’s zingers this week, Mr Turnbull is reported to have said “Honestly, it’s this simple: I get out of bed and I am me.”

What planet is he/she on? (most outlandish policy idea/comment of the week)

Clear leaders in the “out-there” stakes this week were the libertarian commentators who variously defended the right of anti-vax advocates to put the rest of the community at risk by not vaccinating their children. The anti-vaxxers and their cheer squad really should move to another planet.

Career limiting move (if they had their time again, they wouldn’t have done or said this)

If he had his time again, it’s fair to say everyone’s favourite science geek Dr Karl Kruszelnicki would have looked past the easy money being offered by the Australian Government and demanded to read the Intergenerational Report before agreeing to promote it in an advertising campaign.

Now with his face and name plastered all over the IGR campaign, Dr Karl is backing away from the report at a rate of knots.

This follows vicious attacks on the science broadcaster by progressives on social media. Accordingly, Dr Karl now recognises the IGR as a politicised and “flawed” report, and will show penance by donating his appearance fee to “needy government schools”.