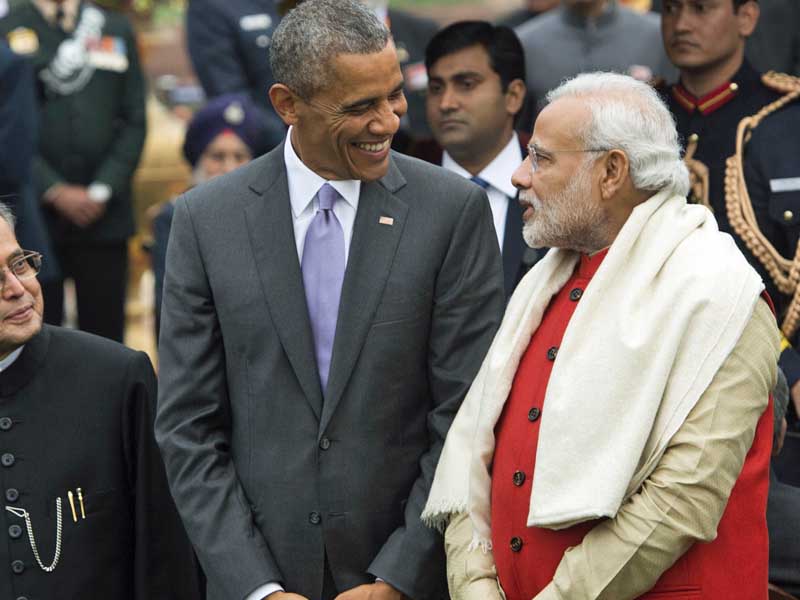 India’s prime minister is a rockstar.

Not only does Narendra Modi boast 11 million Twitter followers, but now he can brag about how much US president Barack Obama loves him.

• ‘Rock star’ Modi shows our pollies how it’s done
• Why is Tony Abbott a huge hit in India?

The grandfatherly-figure has just been named one of Time Magazine‘s 100 most influential people, and in a special editorial, Mr Obama praised him as being “India’s reformer-in-chief”.

The two men first met in September last year but have become fast friends, with photos of the leaders laughing, hugging and sharing tea during their various catch-ups.

“Today, he’s the leader of the world’s largest democracy, and his life story—from poverty to Prime Minister—reflects the dynamism and potential of India’s rise.”

Mr Obama praised the 64-year-old for his determination to help more Indians follow in his path.

“Like India, he transcends the ancient and the modern—a devotee of yoga who connects with Indian citizens on Twitter and imagines a ‘digital India’.”

This year’s most influential people list had no shortage of movers and shakers, with Kim Kardashian, Kanye West and Pope Francis all making the list.